Wickedleak has broadened its smartphone offerings in India with the Wammy Neo Youth that’s basically a toned-down version of the device which went official towards the end of May. The phone is priced at just Rs 8490 and as the name suggests, it’s aimed towards young adults in the country, offering mid-range specs.

Like the Wickedleak Wammy Neo which was the first to offer octa core performance below Rs 12000, the newly launched Youth model has the same 1.7GHz MediaTek processor. Also, both smartphones are identical where design is concerned. The new one comes with the same 5-inch 720p HD IPS display and the dual cameras haven’t been changed either. 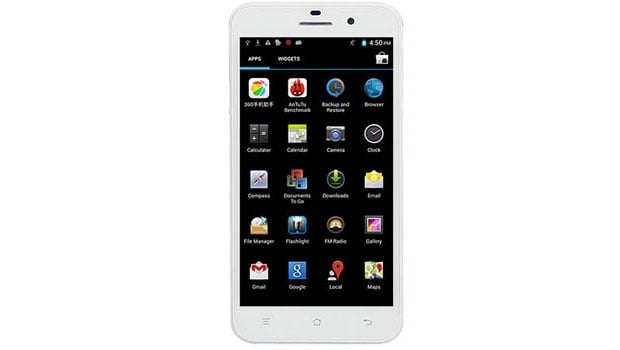 The front houses a 5MP snapper, while a 13MP shooter is on the rear with support for 1080p HD video recording. Being a pretty slim device at 7.7mm, the smartphone can pack quite a punch. Apart from the octa core processor, there’s a Mali 450 GPU and 1GB of RAM. 8GB of flash memory and a 32GB compatible microSD card slot cater to storage needs, while connectivity options comprise of the usual radios including Bluetooth, Wi-Fi and GPS.

The handset is dual SIM enabled as well, and supports HPSA networks. And while Android 4.2 Jelly Bean runs the show, an update to version 4.4 KitKat has been promised. The interesting part of this phone is that it come bearing support for a couple of native languages such as Hindi and India Urdu. A 2200mAh battery is what gets things up and running.

Here’s an overview of the Wickedleak Wammy Neo Youth specs:

The Wickedleak Wammy Neo Youth is available for purchase through the company’s website and comes in colors of black and white.