Gamers often spend hours sitting in front of their screens and playing on their own — but that doesn’t mean they are alone. The perception of gaming as a socially isolating experience is generally held by people who don’t play them.

With the rising popularity of social media and sites like Reddit, the way players build communities in and around video games has been transformed. Gamers don’t compete against strangers on the Internet anymore, but join groups where they can forge genuine friendships with people sharing common interests.

But is this a new phenomenon or has this always been the case? What makes gaming communities so important?

Video game industry over the years

The video game industry’s growth has been driven by communities. Its story shows how the generation that grew up around the arcades in the early 80’s consolidated the idea of electronic games as a leisure activity.

Pong — considered the game that started the video games industry by becoming the first commercially successful game in 1975, after being released by Atari in 1972 — was also the first mass-produced game to promise a two-player experience.

Over the years and amid the emergence of new technologies, the physical identity linked to video games changed. For one, popular titles became virtual alternatives to play from home or anywhere on the planet. However, it did not affect gaming communities negatively, but gave them more tools to connect instead.

Benefits of gaming communities for players

Joining a gaming community is not just for those who indulge in traditional video games anymore. Communities have sprung up around every kind of game you can think of, whether its blackjack casino games or simply groups to buy and sell virtual real estate in Decentraland. 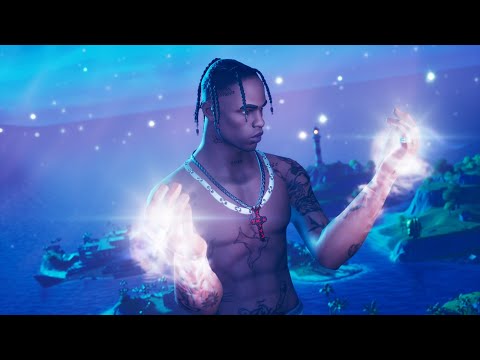 Celebrating birthdays in Animal Crossing, attending virtual concerts in Fortnite, trading NFT creatures in Axie Infinity — all of these activities are built around the capability of connecting with folks over shared interests, be it for financial gain or for fun.

If we’re solely going to talk about the intangible benefits of communities created around typical video games, there are many. These include the following:

As has been shown throughout their history, games have been mostly about shared experiences. For that reason, all successful titles have gaming communities which take advantage of the available channels to grow and get the most out of a game and its platform.

There are blogs, YouTube channels, Twitch streamers, forums, websites, conferences and more supporting popular games and their fans. With a single click, enthusiasts can join or create a community and interact with other players to socialize, share experiences, exchange knowledge or tips about games and more.

Experts have repeatedly pointed out the importance of forging connections with others for personal and social development. In his book titled “The Virtual Community,” Howard Rheingold said that the Internet significantly increased people’s chances of making friends compared to the old methods of finding a peer group.

Nottingham Trent University’s Professor Mark Griffiths published a study titled “Breaking the stereotype: the case of online gaming” saying 25% of 11,000 players from the online role-playing game, EverQuest, stated that their favorite part of the gaming experience was connecting with other players.

The study debunks the stereotype that video games are isolating and make gamers antisocial, concluding that online gaming environments are highly interactive and could improve people’s social skills.

Spaces to learn while interacting with peers

Moreover, virtual communities have become spaces where players can connect with others while socializing and learning game techniques that can be positive for their cognitive development.

According to the American Psychological Association (APA), playing video games can strengthen several cognitive skills such as reasoning, memory, perception, and spatial navigation, among others. Games can also help people develop problem-solving skills.

All those benefits are driven by socialization. According to APA, over 70% of gamers play with a friend. Millions join virtual social communities where they acquire leadership or teamwork skills and learn to make decisions about who to trust or who to reject.

Fun and friendship based on common interests

Human beings establish friendships and interpersonal relationships based on shared interests. Connecting with others through conversation in everyday life can be challenging, and harder still when proximity to each other is the only common factor. It has become especially difficult in the current situation where a lot of folks are stuck in quarantine.

Online gaming communities facilitate almost instant interaction with others. If someone likes a game, they can find hundreds of like-minded people on an online forum. A lot of gamers start playing a title for fun, but end up sticking around because of the community and friendship that a game can bring.

Is it any surprise that activities like virtual party games, playing paintball with friends in Rec Room, going on dates within games, building dream houses online, creating games for other players on platforms like Roblox and more are gaining wider acceptance as great ways to pass the time and talk to people with shared interests?

Besides the benefits mentioned above, an integral part of the gaming culture involves players helping each other through tips, tricks, release information, or tutorials. This means that gaming communities also allow users to thrive in the game while learning the value of offering a helping hand.

While gaming communities do not often follow traditional social rules such as schools or public places, it has been shown that they can provide the same social benefits and motivate users to interact and build strong relationships.

Lastly, just like other sports or activities, gaming communities are good for motivation and competitiveness since they push people to learn more and improve in the game they are most passionate about.