Why Software Devs Are Increasingly Using ReactJS For Apps

There are millions of apps available for download today. It is almost unthinkable for a big business today not to have a mobile app to complement its dynamic website.

Apps present many benefits including data collection which can be analyzed to provide better service and to recognize customer preferences. In the early days of the iPhone, the Apple Store had numerous pointless apps that could entertain a user for a few minutes. Now though, there are complex apps that cover all manner of uses.

Web and mobile apps require heavy investment in development. All manner of tools and technology will be employed. One tool, in particular, has jumped to the forefront in this area.

React is one of the top back-end frameworks used today as the most popular. Does this mean it is the best? Many software developers think so. But why?

You may have already heard of ReactJS under one of its other names. This tool is commonly referred to as React.js to emphasize its link to JavaScript, or simply as React. Then there is React Native.

ReactJS refers to the open-source JavaScript library that is now heavily used to create user interfaces. It is used to render UI components and is used on the server-side, as well as the front-end. 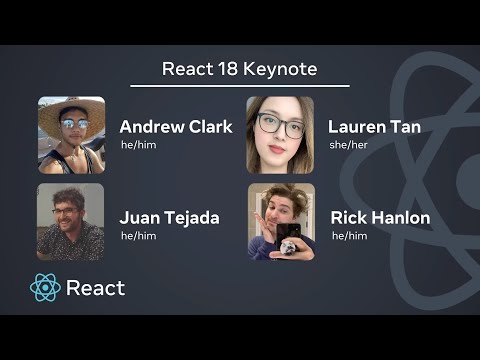 React Native, however, is a language or framework that allows a programmer to build native applications. It uses JavaScript, just as ReactJS is part of this same language ecosystem.

ReactJS is a library of reusable pieces of code. These are referred to as components and they come in two forms; class and function components.

Why should you be using it?

ReactJS is declarative and flexible. Two reasons that developers like working with the library. It is also ideal for creating scalable, fast UIs for web applications.

Due to its use of reusable components, the process of developing apps is made that much simpler, and faster. Wrapper components can be built around smaller components, making app construction simpler.

These uniform, reusable components lead to more consistency in apps across modals or other parts of the UI.

Below is one major reason that ReactJS is being used by software developers more and more.

It has a great open-source library

While Facebook may not always receive publicity bathed in a positive light, they should be thanked for making ReactJS open-source.

For anyone who isn’t quite au fait with the term, open-source basically means that anyone can share, use, modify, or distribute software as the owner has granted this freedom.

This leads to many benefits for anyone wanting to use this technology. Not least because it means that there are no restrictions. This often leads to fast developments, improvements, and a wider pool of talent that can help to take a project forward.

This is shown in the statistics available. An astounding number of websites utilize React currently. The two biggest users of this technology are the UK, and perhaps not surprisingly, the US. There are over 1,200,000 websites in the US utilizing the power of ReactJS.

Even tiny, or lesser-known, countries such as Laos have web developers recognizing the importance of the tool – there are currently 15 websites utilizing React in the country.

What other reasons are software devs using React instead of another framework?

Below you can see a number of other reasons that more software developers are turning their backs on other frameworks, and instead are using React.

Simple for anyone understanding JavaScript

Programmers are expected to understand more than one language. They need to know at least one front-end and one server-side language. Some experts believe even a regular programmer should know at least 3 different languages.

Therefore, having to face learning yet another language may be undesirable for many coders. One advantage of React is that it is based in the world of JavaScript, and many devs will already know this.

However, there is some consternation among developers about React’s use of JSX. This can seem to be off-putting to some, and many used to view it as tricky to learn.

Nevertheless, the vast majority of developers using ReactJS now see it as easy to learn and to use.

It can help with cross-platform compatibility

One issue with creating apps is that they need to be cross-platform compatible. This often means developing two separate apps, however, React is changing the way mobile apps are built.

As a business, using ReactJS development services could improve the way your company develops its apps. ReactJS has a native version, which is aptly named React Native. This has been created with the intention of devs being able to build native apps across the iOS and Android platforms.

This has led to more reasons for using ReactJS in many forms of app development, not the least being the financial benefits.

ReactJS can save money

There are no two ways about it, building an app can be very costly. It isn’t unknown for apps to cost tens, or even hundreds, of thousands of dollars. In a time where businesses have had to struggle with two years of the pandemic, budgeting is vital.

While there are many ways that a business can benefit from developing a mobile app, the cost has to be considered. Whether this is from hiring an outside app development firm, or from your own team being tied up to a project for months.

Being able to create cross-platform apps will help reduce the budget needed, and free up valuable man-hours. The simplification of UI builds will also help in these areas.

One of the criticisms of React is its use of JSX. Yet, it is also one of its strengths. JSX lets coders include HTML directly within JavaScript. The code that is subsequently generated by JSX will run much faster than JavaScript.

Using HTML within JavaScript tends to lead towards cleaner code and better markup. Which in turn leads to higher quality apps.

It has a powerful library of components

As you know, the idea behind ReactJS was to create a library of reusable components. This has been maintained and grown by the creators, but there are also many other libraries on the net now.

Due to the tool being open-sourced, there are a vast number of React suites and libraries for developers to explore and use. Along with plenty of support for the users.

What are the cons of using ReactJS?

It can’t all be good, can it? Just as many developments lead to good, some gripes often come too. ReactJS is no different.

One of the major ones, as you have read, is the use of JSX. While it isn’t necessary to use JSX, a developer would be missing out on one of the most powerful parts of React if they didn’t.

Some others also complain that there is little up-to-date documentation. As progress with React continues, the documentation struggles to keep up. This can lead some developers to rely on the community for assistance.

While there may be some cons to React, it is clear from the pros that it is a very useful tool for app development. The use of React to create native apps means that cross-platform builds are easier. If you want to know how to learn to develop iOS apps, you may be better off using a cross-platform framework.

It is clear that ReactJS can simplify many processes involving the UI, and therefore save companies time and, just as importantly, cash.

4 Reasons To Become A Full-Stack Developer

Are You an Aspiring Game Developer? 3 Things To Know

A Beginner’s Guide To Automation Testing

How To Become A .NET Developer

4 Reasons To Become A Full-Stack Developer

Are You an Aspiring Game Developer? 3 Things To Know