Online gaming has exploded. Revenue from the US online gaming sector is expected to reach $4,845 million in 2021, according to Statista. Where other industries are in the doldrums, gaming is continuing to grow.

So why is online gaming finally emerging as the juggernaut people have always expected it to be? Like so many things, it’s complicated, yet simple. There are several factors that are all fueling growth in this area in equal measure.

The last eighteen months have been tough, no matter who you are. It’s been lonely, with most of us having very little human contact. Stuck inside for months at a time, barely able to venture out to shop for the basics, it’s taken a toll on people.

Gaming, however, has provided a lifeline. It’s given gamers the opportunity to become part of a community, playing and befriending others from all over the planet. Instead of being the isolating experience it has been traditionally viewed as, it has instead gifted people much-needed contact with others.

Tech is Finally Catching Up

Consoles and PCs have offered good quality gaming for years. Smartphones can’t claim the same thing however. Until just over a decade ago, the most popular cell game ever was Snake. Yes, that’s the old Nokia 3310 classic.

For years, it didn’t get much better. Sure, it was an okay way to pass the time, but gaming on a phone could never match the PC or console experience. This view is now passé. Phones are an additional option for gaming, and not a last resort.

In 2019 alone, people were spending more on mobile gaming as compared to console and PC gaming. More and more developers have been pouncing on this. The creators of Call of Duty, for example, saw the potential and developed a game specifically for mobile (rather than a half-hearted port of a PC version).

Titles like Fortnite from Epic Games enjoy massive popularity, while games that are targeted only towards smartphone users (like Pokémon Go and PUBG Mobile) continue to make a splash in the market.

It would be inexcusable for us to not mention Among Us that enjoyed a massive surge in popularity in 2020. This was attributed to the quarantine restrictions that were imposed in several countries worldwide. Cross-platformers which are inclusive of mobile gamers is the future.

In terms of hardware, Nubia, Asus, Xiaomi and Lenovo are some of the top players offering mobile devices optimized for gaming. Apple’s ARM-based M1 chip for the MacBook that’s similar to the A14 in the iPhone is actual proof that tech for phones has caught up to the times.

Even basic smartphones can now deliver an immersive experience instead of a pixelated substandard experience since technology is allowing companies to level up. This has also had an impact on another form of gaming. We’re talking about online gambling, of course.

Owing to the fact that most people were forced into confinement due to the pandemic, this form of gaming has also been on the rise since March 2020. Many new casinos offering live dealers, chat functions, high-definition slots, and more have sprung up online. All of this begs the question of demographics. Who’s playing what kind of game?

Variety is the Spice of (Gaming) Life 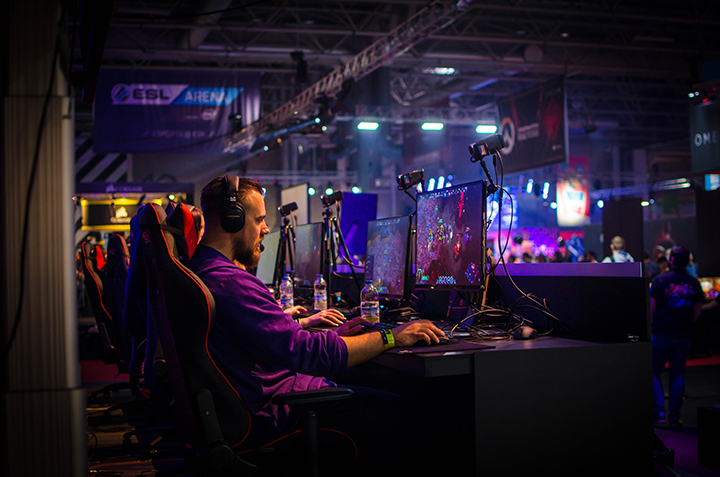 Gaming previously catered to a very particular demographic. It used to be strictly for kids, and then studios turned their attention to adults. This was the main industry norm for several decades.

The current landscape, however, has gamers from all walks of life, genders, and ages. The stigma surrounding gaming is eroding, and most people have played (and enjoyed!) a video game of some form.

Part of this upwards action has been driven by the diversity in gaming options. In addition to traditional first-person shooters and sporting franchises such as FIFA or Madden, there’s so much more on offer.

For example, Among Us, the cooperative outer-space mobile game, encourages gamers to band together to find the saboteur. Then there are games like Stardew Valley, Minecraft, Candy Crush, Scrabble and so many more options to try out, depending on player preferences.

Smartphones are Now Affordable (for Most People)

Gaming used to be about buying an expensive PlayStation or Xbox console, or putting together a high-end PC rig. It just wasn’t accessible to most people, even if the demand for gaming was palpable.

These days, many advanced games can be played on smartphones. In fact, they’ve become cash cows of sorts. Candy Crush Saga and Clash of Clans are leading examples of just how much money can be made in the smartphone market.

The problem we used to have was that smartphones were just too expensive for most people, especially in developing countries. If folks from richer markets only could consider gaming on a smartphone, it puts a big limit on how much you can grow as a publisher.

However, digital inclusion has been going through a significant upswing in the last few years. Smartphone ownership in Africa and Asia is seeing encouraging growth, giving consumers essential access to tech. This has also driven the gaming industry’s reach in developing countries.

Once People Play, They Keep Coming Back

There’s also another very simple reason gaming is growing: it’s ridiculously fun. Just not enough people have tried it yet. 2020 and this year, however, have caused a huge shift by pushing folks who would otherwise never touch a console or smartphone game, to download one.

Gaming offers so much to the user, not just in terms of gameplay itself. It can also drive friendships and connections. The simple fact is, once people start playing, they keep coming back for more.

This isn’t the peak for gaming. It’s just the beginning. The industry has been around for decades, but it’s only just waking up to the possibilities. We have not even covered smart glasses and AR tech yet. Let’s keep our fingers crossed for some exciting growth in this direction in 2022.