Why Have Escape Rooms Been So Successful? And What To Play Next

Though their origins lie in the 1970s and 80s, it’s arguable that escape rooms are at their peak of popularity right now.

Countless adults venture into the locked puzzle-filled rooms every day, putting down their cynicism at least temporarily for an hour or two of organized fun, something most of the population would generally sneer at.

Letting go of the outside world and getting lost in a grisly kind of escapism, one which forces them to work under pressure, perceived threats and a ticking clock.

But why are they so popular? Well, their popularity might stem from their ability to unite people: they are not about competition but rather about collaboration. This means that the experience creates a positive feeling toward the people you have visited with.

On top of that good feeling, they also provide players with a natural sense of reward and praise when they do solve the puzzle. In this way, they operate similarly to any other game, in that you experience the tension followed by the relief and excitement of a win. These feelings are only heightened more by the immersive nature of an escape room, in which you really feel part of that world.

And finally, they offer the escapism that we all crave. Innately nostalgic, according to The Guardian, escape rooms offer us respite from our busy lives. Unlike watching a film or reading a book, your environment can’t be disturbed, making escape rooms perhaps the most interrupted form of escapism.

They offer a break from stress, obligation and work. With all this said, it’s well worth visiting a real-life escape room. But if you’re wanting a similar experience at home, here are the best suggestions, including both on and offline options.

Starting with an option for the slots lovers among you, Action Bank is a game all about cracking the vault and getting the prize. Developed by Barcrest and available on Buzz Bingo, the game is a five-reel easy-to-play slot.

Similar to an Escape Room in its theme, Action Bank allows you to imagine yourself as a vault cracker, where you can really win. Plus, the game can result in that similar feeling of reward that keeps escape room lovers coming back again and again.

For smartphone gamers, why not have a go at Tick Tock: A Tale for Two? Available on phones, tablets and computers, the adventure game is, much like an escape room, all about communication between players, who must work together to complete the game.

Set in a mystical world created by clockmaker Amalie Ravn, the two adventurers must unravel a narrative while solving puzzles along the way, ultimately aiming to escape the world in which they have been trapped! With A 9/10 score on Steam, the game has been met really well by critics and players alike.

If you’re into something more physical, then you might want to turn your hand to a card game like Unlock! Highly social, much like a physical escape room, up to six players work their way through a series of confusing riddles.

Corresponding with an app that you can download on your phone, each time you play a different story will emerge, the cards existing as a tool to help you play.

If you get stuck, you can also ask the app for clues, but just like in a regular escape room, each clue will deduct some of your precious time, so ask wisely. 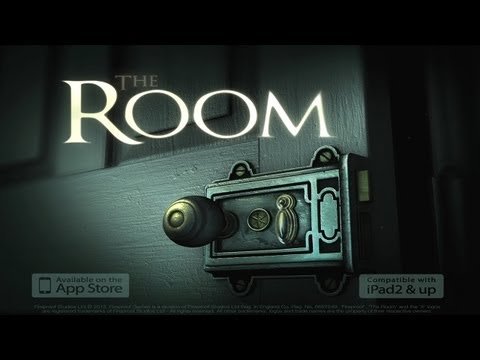 For those of you who are attracted to the horror side of escape rooms, then The Room might be a good choice for you. Created by Fireproof Studios and available to play on Apple devices, PC or Switch, this puzzle game leads you through a compelling mystery that’s made especially atmospheric through spine-tingling sound design and immersive graphics.

The end goal is to solve the puzzle boxes in the room. Plus, did you know that, according to Wired, scary video games can reduce anxiety? So, alongside training your problem-solving skills, this one might even be good for you.

Board Game – Escape Room: The Game

And finally, with the most on-the-nose name, you can try Escape Room: The Game, which is a board game version of the physical experience in which you have 60 minutes to solve the room.

Including four different ‘rooms’, you don’t have to worry about getting bored with one story. The most impressive part of the game however is the ‘Chrono Detector’, which helps you decode the ‘keys’ once you’ve found them.