If you were thinking the new Blackberry Leap was the only thing the Canadian company had up its sleeves at its MWC conference, think again, as its president has just unveiled a slider device with a curved display. You heard that right; after Samsung and LG having gotten into the game of arched monitors, BlackBerry seems to be the next in line.

Unfortunately though, the Blackberry smartphone in question was only revealed with a purpose of teasing it. Hence, there’s word on its specs, while we can’t even give you a better view of it than the one you’re getting through the image we’ve posted in the space below. 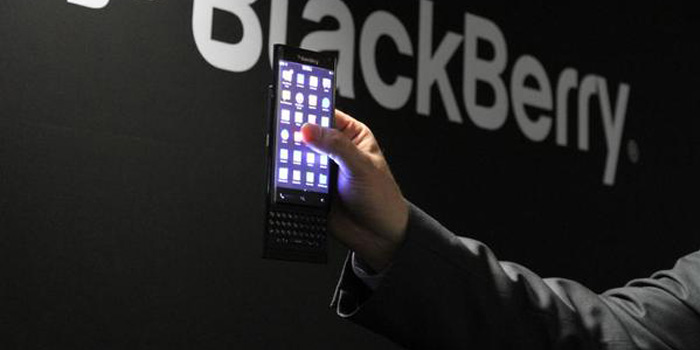 At the unveiling event of the new Leap handset, Blackberry president Ron Louks showed this curved phone for a brief moment and referred to the device as a ‘dual-curved, all-touch display with a keyboard.’ As you can see in the picture, the keyboard on this handset has been fitted in the form of an old-school slider.

Also read: Verizon chucks out the cameras on the BlackBerry Classic, sells it at the same price

What’s intriguing is that Ron has used the word ‘dual-curved’ to describe the smartphone. This definitely means that its display will be curved on both its sides, rather than just one.

Samsung has already taken this path with its newly unveiled Galaxy S6 edge handset, the display of which gradually curves towards both its sides. It’ll hence be interesting to see what BlackBerry has to offer with its new offering, in terms of uniqueness.

We’ll have more on the curved display-equipped BlackBerry phone when additional details regarding it are out in the open. For now the image posted above is the only thing on our hands.