White Nokia Lumia Icon leaked, rumored to be arriving on February 5 or March 5

The Nokia Lumia Icon or the Lumia 929 has been consistently leaking on the web and after its press shots and product page, we have come across the Verizon-bound device’s user guide. Its release date may not have been confirmed, but speculations doing the round of the internet suggest that it could either be introduced on February 5 or March 5.

And that’s not all, pictures of the white version of the handset have also surfaced online. Up until now we had only seen the black model of the Icon in the flesh. While @evleaks gets the credit for the release date details and the image of the user guide, it was someone who goes by the Twitter handle @WinDroidGuy who laid his hands over the white variant’s press shots. 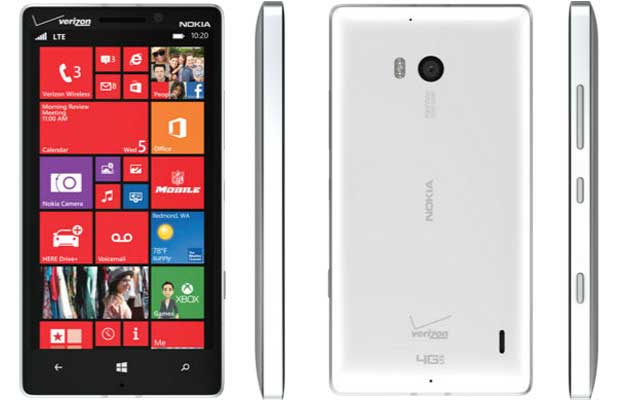 The manual refrains from letting out details regarding the features and specifications of the phone, but we have heard rumors revealing that the device will have a 5-inch touchscreen capable of rendering visuals in 1920 x 1080p resolution. It goes without saying that the Windows Phone 8 OS powers the gadget and we expect it to tag along the Lumia Black update as well.

Moreover, the quad core Qualcomm Snapdragon 800 processor ticking at a speed of 2.2GHz hides within the phone along with 2GB of RAM and 32GB of onboard storage. Its memory is not expandable. A PureView camera featuring a 20MP lens is also likely to be a part of the upcoming smartphone.

The Nokia Lumia Icon or Lumia 929 was spotted on the Verizon Wireless website with a price tag of $777 with a contract which doesn’t seem quite right.