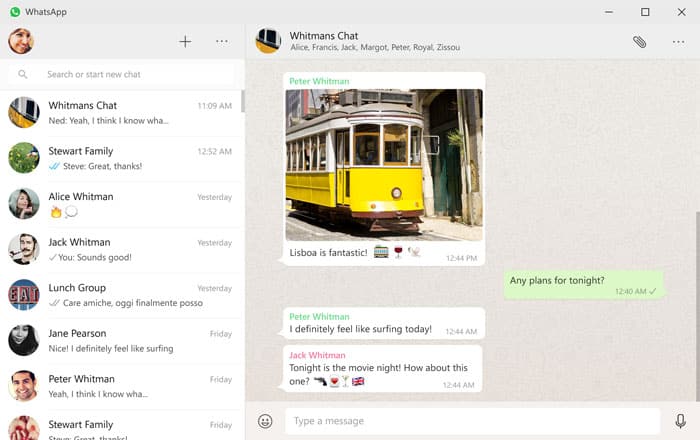 After mobile phones, WhatsApp is ready to invade your desktops now even as fresh clients for Windows and Mac systems have just been released by the makers of this messaging utility. These clients are extremely easy to use, and those familiar with the web version of the app won’t find much new in them.

A small catch is that you will only be able to use WhatsApp’s new desktop applications on Windows 8 and further versions, leaving those with undying love for Windows 7 out in the lurch. As for Mac users, version 10.9 and further should be fine.

Just like WhatsApp Web, these clients sync with your smartphones and mirror the conversations and messages from them. This means nothing including the images and videos shared on the service will be saved on your computers as they will still be sourced from your phones.

Even the method of syncing is the same as that of the web version – scanning a QR code. Getting to the scanning part requires you to access the Settings menu from the smartphone app and select the WhatsApp Web option.

This is just one of the many new things that the app will be providing its users with in the recent future. It is also set to get the much demanded video calling feature which will help it counter the likes of Skype and Viber. Other traits such as the ability to leave voicemail, the facility to share ZIP files and more are also on their way into the service.

You can visit this page now if you wish to download the Windows or Mac version of the WhatsApp desktop client.