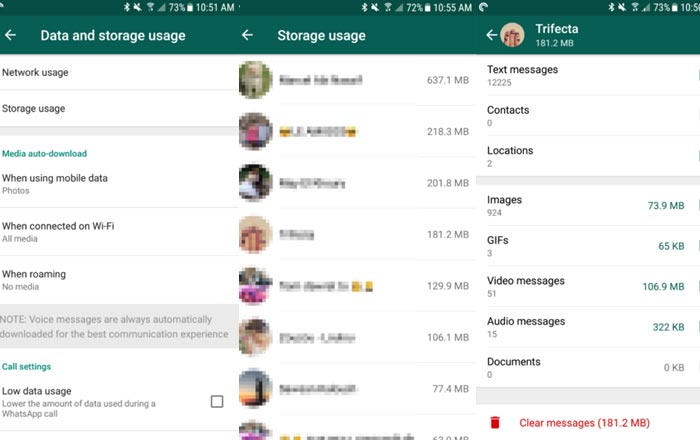 WhatsApp began rolling granular storage controls to its iOS users a while ago, prompting many to wonder when the option would make the leap to Android. That day may be coming at any moment now since the tool has been spotted in the beta version of the app.

WhatsApp’s granular storage controls basically allows people to have greater choice over the kind of data they want to delete. Instead of deleting an entire conversation to save up on space, it lets them cherry pick between media and messages. For instance, a person might want to get rid of images from a group chat filled with forwards without having to sacrifice texts.

Granular storage controls would give them the freedom to do that. Beta testers can check it out by heading to Settings, followed by Data and storage usage, and finally Storage usage. They’ll see a list of names accompanied by how much space each conversation takes up, arranged by largest to smallest.

From there, it’s a simple matter of tapping on a chat and taking a look at the breakdown of texts, locations, contacts, documents, GIFs, images, audio, and video. Tapping on Manage messages will allow them to clean out what they want as they see fit. Android Police reports that the option showed up just a few days ago in version 2.17.340 of the WhatsApp beta app.

You can check out WhatsApp’s new powers by joining the Play Store beta or downloading it via APKMirror.