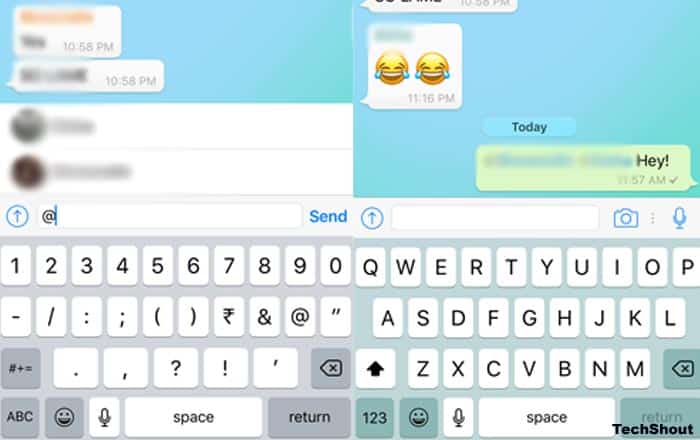 WhatsApp groups can be both a blessing and a curse depending on your enthusiasm for interacting with a particular gathering of people. The popular chat app has now rolled out a new feature which will make it harder for you to ignore members vying to get your attention.

You can now tag individuals in a WhatsApp group by typing the ‘@’ symbol. Doing so will prompt up a list of participants. You can mark multiple members in one message. The system is similar to what other social networks like Twitter and Instagram employ, complete with blue text highlighting the name at the beginning of the message.

The fresh mentions feature makes sure you get a notification for the message even if you’ve muted the WhatsApp group. This could be good news for you if there really is an important missive which you have to be alerted to. On the flip side, people may just abuse the tool to get your attention, doing away with the usefulness of silencing a group altogether.

Also Read: WhatsApp for iPhone gets updated with Siri support and more

The feature is now appearing for both Android and iOS users. Unfortunately, WhatsApp Web doesn’t support it as of now. Interestingly, it even works if the person you’re trying to tag isn’t saved in your phone’s address book but is part of the same group as you.

It’s easy to see why WhatsApp would introduce such a tool. Groups can now extend up to 256 individuals which means it can be easy to miss out on a message or two here and there if you’re not constantly on high alert all the time.

You can download WhatsApp’s latest version via the App Store or Play Store.