Available to all Android users now is the completely redesigned version of WhatsApp which can be grabbed through the Google Play store. The update overhauls the app’s interface completely in adherence to Google’s Material Design standards that form a major part of the whole Android Lollipop experience.

WhatsApp first received this makeover back in mid-April, but through a version of the utility that was to be manually downloaded via the company’s official website. Such releases are usually meant for testing out updated versions before bringing them to the Play store.

It seems the testing phase is now done and dealt with, even as the Material Design-induced WhatsApp is available for everyone to download. Apart from the cosmetic changes, there’s nothing more that users can expect to see in this new Android version of the extremely popular instant messaging service. 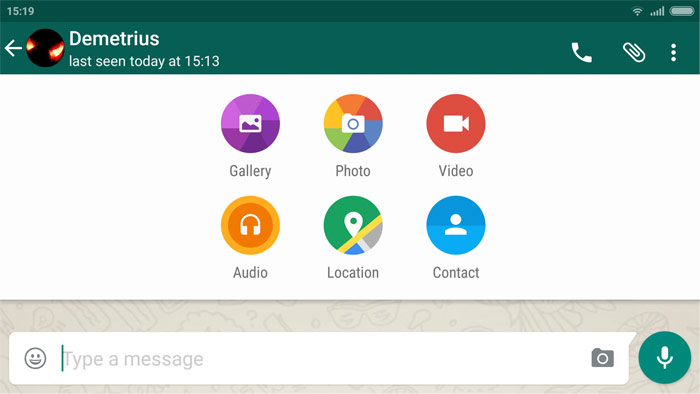 Material Design is a design standard that Google has developed for its Android software to look and feel different from its previous iterations. It is characterized by heavy animations, flat icons and simple colors, and these are exactly the things which you’ll find in the new version of WhatsApp.

The Android variant of this instant messaging app owned by Facebook was recently blessed with the voice calling functionality. It allows WhatsApp users to place VoIP calls to other users of the app, with the help of data or a Wi-Fi network. This functionality has already made its way to iOS and BlackBerry 10 devices, while it’s slated to hit the Windows Phone platform soon.

Also Read: Relax! WhatsApp voice calling is in the works for Windows Phone

Like we said, the new Material Design-infused version of WhatsApp can be grabbed now through the Google Play store by Android device owners.