WhatsApp’s ditching Apple’s emoji for its own

WhatsApp’s decided to ditch Apple’s emoji design for its own, forging its own path in the world of mini cartoons. The new emoticons have begun appearing in the Android beta version of the app.

To recap, WhatsApp has been using Apple’s emojis across all its platforms namely iOS, Android, Windows, and Web. It’s now decided to break free of this by adopting its own style. However, the similarities between the old and new are uncanny, leading many to question why the company bothered to change things up in the first place.

As can be seen in the image below, WhatsApp has taken heavy inspiration from Apple when it comes to its custom emojis. The main style is the same, just with a few tweaks here and there. For example, the heart emoji appears bugged out with teeth in WhatsApp’s version, in contrast to Apple’s which is much more restrained. 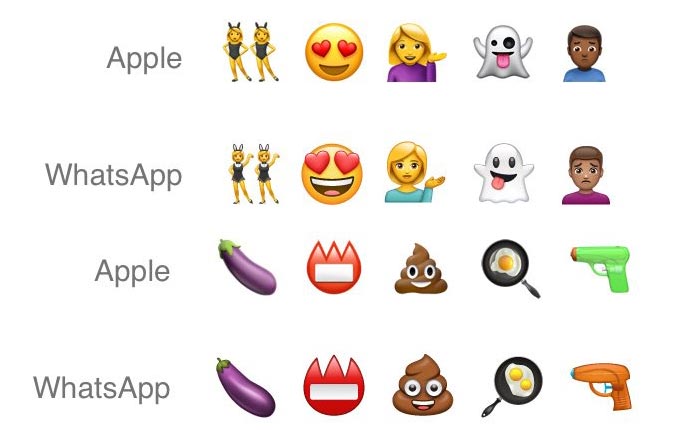 The poop emoji is especially creepy compared to its old self. Interestingly, it seems WhatsApp is ahead of Apple in one respect. The former has incorporated Emoji 5.0, the latest batch approved by Unicode. This means that Android beta testers will have access to all-new emoji based on fantasy characters like elves, vampires, wizards, and zombies.

Before you get too excited, it’s important to remember that these emoji are from WhatsApp’s Android beta and could change before it goes official. They may not even appear in a public release. They’ll probably divide opinions if they do come out, with some preferring the old look and others embracing the new.