WhatsApp is reportedly working on an interesting new feature to stem the flow of spam into a phone. Many individuals face this problem, and the introduction of businesses into the app’s fabric made a number of people worried that this issue would just increase.

Spam detection relies pretty heavily on user feedback right now. If an unknown contact sends a message to a person, WhatsApp asks the latter if it’s a spam message. If that is the case, they’ll be asked to report the sender.

There’s also a Report Spam button in the Contact Info window which lets users report a saved contact or business. However, there are a couple of instances where they won’t realize the message they just got was spam, especially if it’s one of those messages which tells them WhatsApp is going to charge money soon. 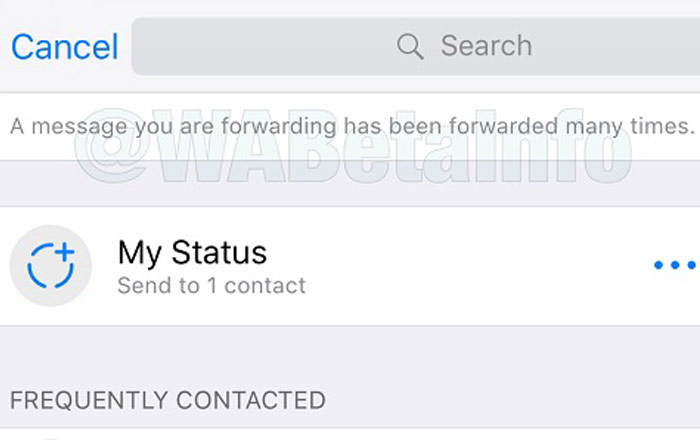 WhatsApp has a subtle solution to this in the form a label which simply says “Forwarded Many Times” above the message in question. It doesn’t exactly say that it’s spam, but a person would be aware that there’s a chance it could be.

If this step isn’t successful, there’s another one which pops up when trying to forward a spam text. It says “A message you are forwarding has been forwarded many times.” Again, there’s no mention of the word spam, but the sentence is enough to indicate something is off. It appears if a message is forwarded more than 25 times.

Also Read: WhatsApp goes obsolete for many Indian users; here’s how to fix it

WhatsApp hasn’t officially enabled its anti-spam measures yet. According to WABetaInfo, it’s being developed right now for Android and iOS.