All those Windows Phone users who were disappointed to know that the ‘last seen’ and some other privacy controls are only coming to WhatsApp for Android and iOS, will be delighted to know that the updated version of the application is coming to the former platform as well. And that’s not quite all, you will also get the option to change your black background with colorful pictures.

The update is not out as yet, but the private beta of WhatsApp (available only to listed users) has received the version 380 of the app that is loaded with these features. Some much-needed privacy functions are in the offing and these are going to allow you to make your ‘last seen,’ profile picture and status visible to select people. 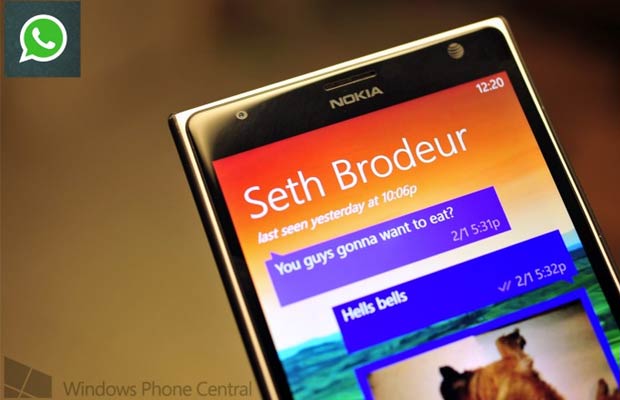 All these three things can either be made accessible to everyone and you can change the settings so only your contacts or absolutely no one can see them. Windows Phone Central, who received the screenshots from a trusted source, says that if you hide your own status or picture, you may be unable to view others’ too. Although it could be because the default settings are on ‘nobody’ and subscribers will have to change them when they update the app. 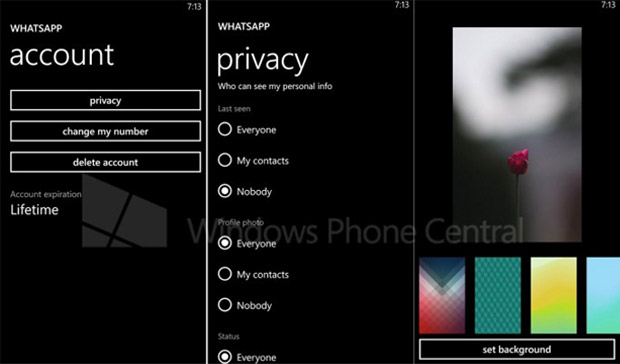 Also, there’s a background gallery in the application featuring 6 images and the Facebook-owned instant messaging service will also let you set a picture as the backdrop from your albums. Take a photo, search web and delete options have also been added to the mix as well.

It looks like WhatsApp has planned to bring a major update to its application for the Windows Phone platform. We don’t think we will have to wait for very long to make the most of these features.