WhatsApp may be working on a Windows 10 desktop app

WhatsApp is reportedly working with Microsoft on a Universal Windows Platform app (UWP). This is big news since it’ll allow the app to run on Windows 10 desktops and phones.

To be clear, WhatsApp already has a desktop app for Windows 10 and an app for Windows Phones. However, the former is a very basic replication of the WhatsApp Web interface and the latter is based on Silverlight. Both are clearly in need of a complete overhaul and transitioning to a UWP app would benefit both significantly. 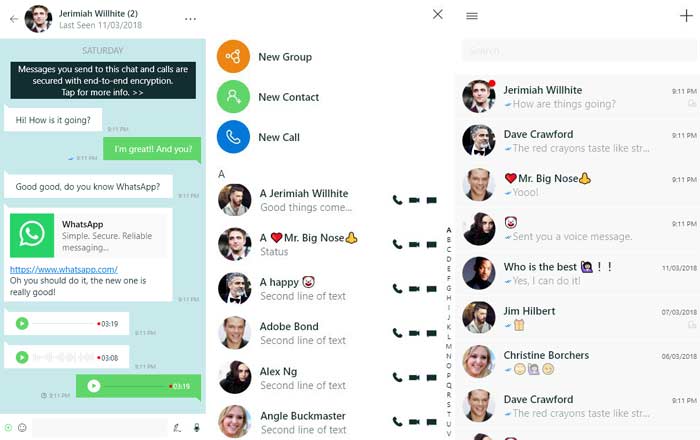 A UWP app works on any Windows 10-running device, whereas the old Silverlight platform is just for Windows Phone 8.1 handsets. Microsoft has a vested interest in bringing WhatsApp up to speed. It’s rumored to be working on a digital notebook type of device called Andromeda and WhatsApp should ideally be a part of that.

It seems Microsoft and WhatsApp are indeed working together to make a UWP app with a Fluent Design interface. Windows Central reports that concept art of this collaboration recently came to light via Behance. A designer who appears to be working for Microsoft uploaded the artwork.

Sadly, the same designer later took down his post. While it was around, it spoke about how he had been supporting the team with porting WhatsApp from Silverlight to UWP. The aim was to bring the app to Windows 10 desktop and integrate features like Ink and Fluent Design.

He claims the project was a success and led to WhatsApp partnering with Microsoft. It’s not clear if the resulting art is purely just a concept and the actual design will change now that the two are said to be collaborating. The endeavor is probably in its early stages and nothing may come of it, but it’s still an intriguing possibility.