WhatsApp Web now gives you emoji of all ethnicities

The WhatsApp Web brought with it a lot of excitement back when it was announced for the first time as it finally allowed users to chuck their phones when they were working on their PCs. It’s this version of the popular instant messaging application which the company has decided to bring new ethnically diverse emoji to first.

These have formed part of iOS 8.3 since earlier this year, but they had stayed away from entering WhatsApp till now. Also, the fact that they have been introduced through the web version first, tell us that the company is experimenting with them at the moment.

Up until recently, the regular everyday emoji used to sport faces and other body parts that seemed to be of Caucasian origin. However, there was a sudden demand of ‘emoji equality’ after an Internet outburst around them, that was fueled by some Miley Cyrus tweets got things going in that direction. 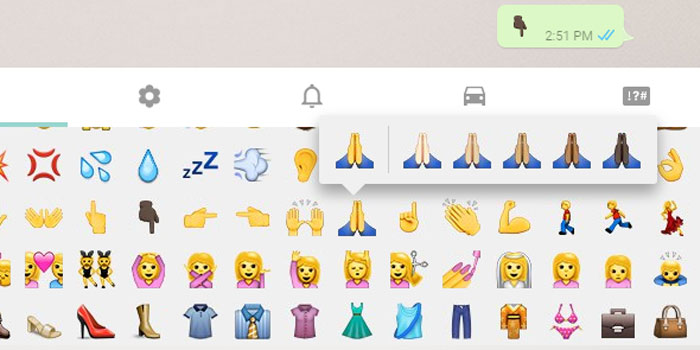 Unicode Consortium, the standards body responsible for framing emoji guidelines, took notice immediately and provided support for racially diverse emoji. This allowed people to choose the faces and body parts of their emoji to be of six different racial backgrounds rather than just one.

Now this support still hasn’t been brought onboard by Android, and this most likely is the reason WhatsApp has decided to bring it to the web version of its application first. Let us now see whether the newly unveiled web version will bring this support to the operating system or not. 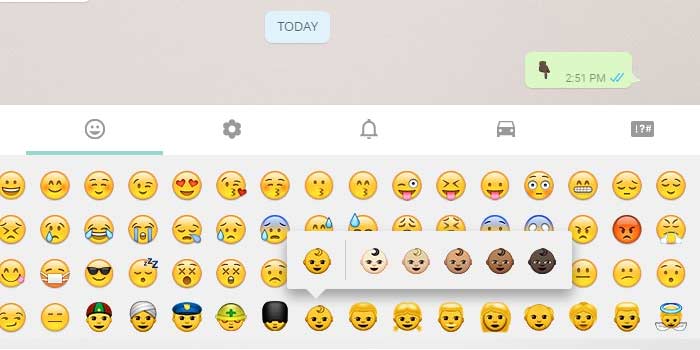 But for now, those using WhatsApp Web will get to only send racially diverse emoji to others using the same service and to those using it on their iPhones.