How to activate WhatsApp voice calling: It’s simple and free

Looks like your wait for finally placing voice calls from your Android devices using WhatsApp are over. The feature is being rolled out through the latest version of the app, but what’s frustrating is that you need to be invited by someone who already has the feature in order to activate it.

Notably, this WhatsApp trait has gone live in the past as well, but it was only part of test phases. This time around though, the rollout seems like a final one which is good news for those who are craving it since long. Many reports online are stating that voice calling is working perfectly fine on Android devices. 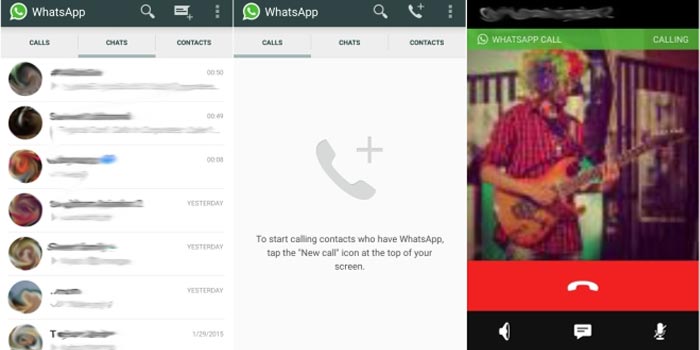 The latest version of the app is needed in order to get trait working. This build is named v2.11.561, and if you don’t have it yet, you can download the APK (linked below). But you’ll still need to request someone who has voice calling on their WhatsApp for Android app to call you in order to get the feature activated.

Once that call is received, the interface of the software changes to show three different tabs meant for calls, chats and contacts. Waiting for a voice call is definitely going to be a painful process for the eager ones, but we’re sure the developers will disable that requirement through a future version of the app. It’s hard to tell when that will happen since the makers are not at all ready to speak officially about the voice calling feature.

The latest version of WhatsApp is live now on the Google Play store, and like we said, if the update hasn’t reached you, you can download the APK file through APKMirror.