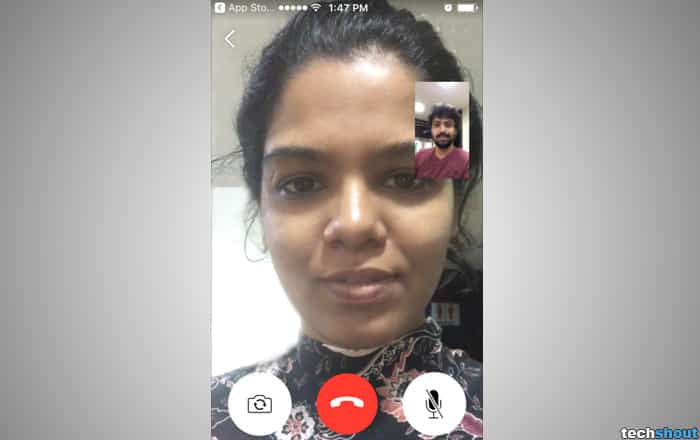 WhatsApp’s finally gone ahead and rolled out video calling to everyone, freeing the feature from the likes of just beta testers. It’s being beamed out in stages and will hit Android, iOS, and Windows Phone users across the world.

People can now chat with someone face-to-face by just tapping on the top-right phone icon within a conversation window and choosing video call from the list of options. The overall interface is the same for Android and iOS, with a few differences in terms of where the picture-in-picture video feed and buttons are located.

Individuals can opt to mute their conversations, switch between the front and rear camera, and end the call. WhatsApp can now fully take on rivals such as Facebook Messenger, Skype, FaceTime, and Google Duo. It’s taken a long time in catching up with the others. However, it does have the advantage of having over 1 billion users worldwide, 160 million of which are located in India.

The figure makes India WhatsApp’s biggest market. The brand asserts that the video chatting service is optimized for countries like India where connectivity can be spotty and unreliable. As the brand stated in a blog post, it wants to make the feature available to everyone instead of just those who can afford the most expensive new phones or live in nations with high-quality cellular networks.

Interestingly, Reuters reports that all WhatsApp video calls will be end-to-end encrypted. This extra layer of protection should make sure no one can spy on video chats. The company had introduced the security feature a few months ago, making sure it was switched on by default for all conversations and phone calls.

You can download WhatsApp via the App Store, Play Store, or Windows Store.