Android Wear had WhatsApp integration before but in the most basic of forms. However, the developers over at the Facebook-owned company have rolled out a beta update for the application, infusing it with several new Android Wear features aimed towards making it easier for users of the popular app to stay connected with their contacts.

A new Android update that’s live through the official WhatsApp site (not the Google Play store) adds all the fresh features. Among them are stacked notifications, the ability to have a complete preview of received messages and moreover, the facility to reply to messages through your Android Wear smartwatch using voice. 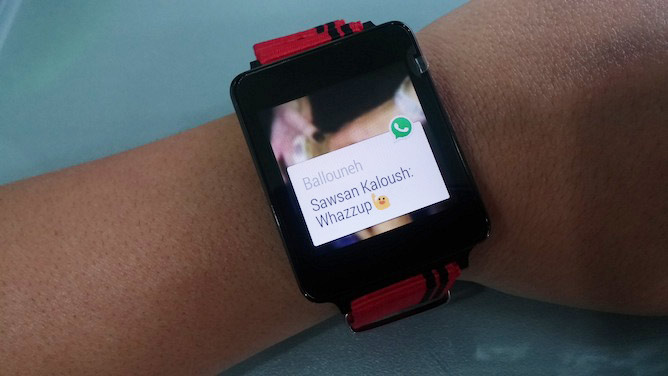 Earlier, those using these gadgets used to receive truncated previews on their small screens to just notify that they’ve received a message. But that’s not the case with this beta version of WhatsApp, as you can have the entire text displayed on your watch. As Android Police points out, the new version even shows an individual sender’s name in a group conversation.

Stacked notifications allow you to easily access your messages when there are quite a few to read. You can expand each one of them and read them separately. Swiping on any particular message gives you the option of using your voice in order to reply through your Android Wear device.

Since the WhatsApp update is sort of a beta right now, its features will take some time to enter the Google Play store version of the utility. However, those in the possession of Android Wear smartwatches can head over to the app’s official site to download and try out the update.