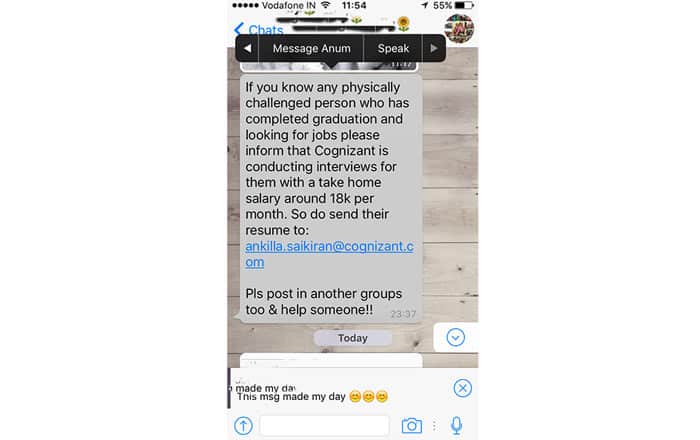 WhatsApp for iOS may soon get the ability to read chats out loud if a new report turns out to be accurate. The tool seems to be showing up only for a few users, leading to speculation that the company is testing the feature among a small number of patrons first.

According to the Times of India, the new Speak ability shows up when long-pressing on a text in an iPhone. The fresh option shows up alongside the regular choices like Delete, Forward, Copy, Reply and Message. Once selected, it starts reading the content of the chat out loud.

Speak isn’t widely available yet and only shows up occasionally. WABetaInfo had previously highlighted a number of changes which were in store for iOS users. Version 2.16.10 of WhatsApp will bring forth support for Siri, allowing the digital assistant to send a message or call contacts via the app.

iPhone consumers will also be able to pick up WhatsApp calls right from the lockscreen, just like a regular call. Moreover, they’ll also start seeing buttons for the application in Contacts, letting them directly call or message someone straight from their info page.

WhatsApp is apparently working on rich notifications, but may not release them to the public until version 2.16.11 since they need more development. The app could further be making an appearance in the Today widget and introduce a new forward picker. Finally, it may also eventually get video calling, drawing tools, a PSA (public service announcement) official chat, and GIF support.