WhatsApp to soon notify you if your friends change their status

WhatsApp’s Android and iOS beta avatars have gotten a number of fresh tools that focus on improving the Status feature and various other aspects of the app. There’s no telling when these changes will make their way to an official release.

According to WABetaInfo, WhatsApp for iOS beta version iOS 2.17.3.28 adds the ability to get notifications when friends change their status. It looks like users will be able to set a photo or video status for a period of 24 hours, after which it gets deleted.

The Snapchat-style feature has come to light before. The recipients of the WhatsApp status are set to be displayed below the send button. Individuals can also tailor who sees their status. The former is indicated by text which reads Status (Contacts) and the latter by Status (Custom).

WhatsApp for iPhone‘s beta has also seemingly gained the ability to automatically save images to a separate album in Photos. The chat app may further notify people when their handset’s battery level drops down to dangerous levels during a call. The contact they are conversing with also gets a notification alerting them to this status quo. 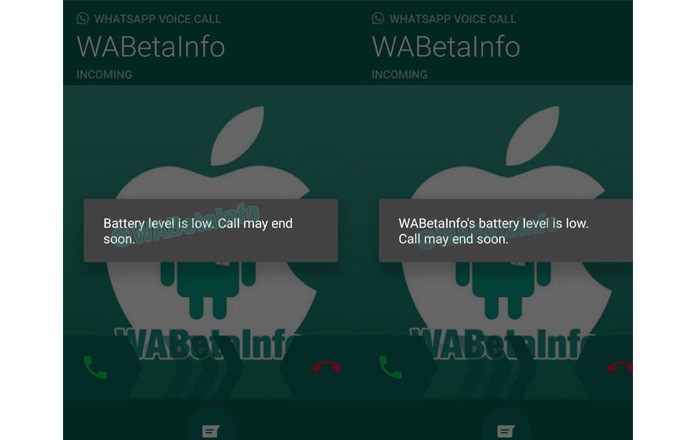 The same tool has popped up in WhatsApp’s Android beta as well. It could prove useful as a way to inform both sides that calls may get cut off, rather than unceremoniously ending the talk abruptly. The Android application might be in for a revamp thanks to a separate tab for Statuses and a new forward button for voice messages and audio files.