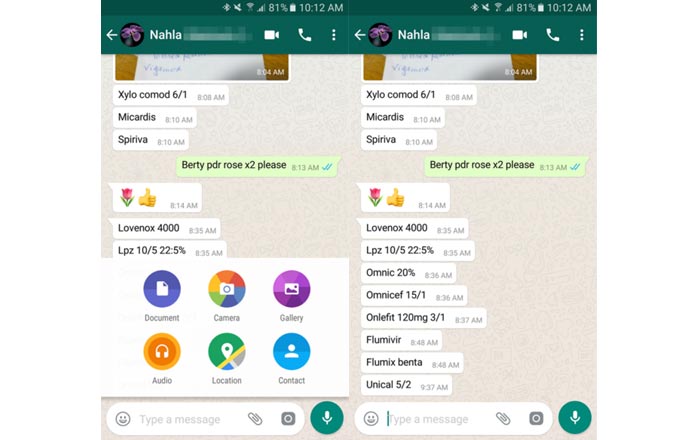 WhatsApp for Android is all set to get two useful new changes going by the latest version of its beta avatar. There’s also talk that the company is looking to allow businesses to contact customers directly.

WhatsApp for Android beta version 2.17.93 brings the paperclip attachment button from its perch up high to within the text box. It appears alongside the camera icon and voice recorder. The shift effectively means that people won’t have to stretch their fingers to the top of the screen when they want to share media, contacts, their location, or documents anymore.

The spot left open by the move is now occupied by a video call button. It’s right next to the preexisting call button. The previous system required WhatsApp users to tap on the latter and then choose between voice and video calls. The new one cuts down on this process by making each instantly accessible.

There’s no way to know when exactly WhatsApp plans to implement these modifications in the official version of the app. In related news, the brand is apparently setting its sights on opening up new forms of revenue by letting businesses get in touch with customers.

WhatsApp is apparently testing the system out with a handful of firms which are part of the Y Combinator startup incubator. As per Reuters, the company is trying to avoid the model from turning into a vehicle for spam messages. It had previously changed up its privacy policy to allow for the system, suggesting it could be used to inform users about things like a delayed flight.