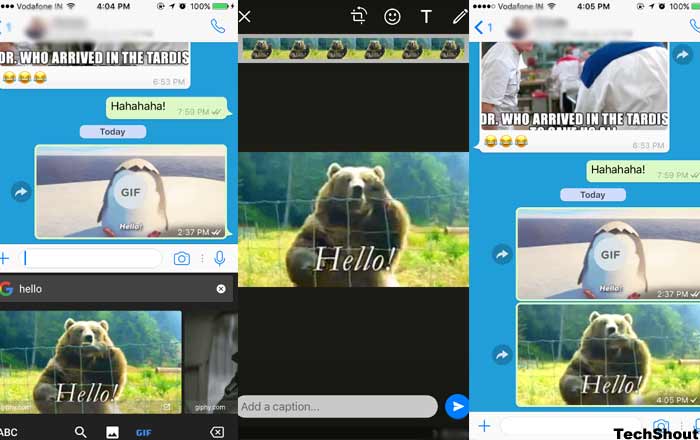 WhatsApp for iPhone has finally gotten support for animated GIFs after months of leaks and speculation regarding its availability. Version 2.16.15 of the iOS app lets users send and receive GIFs, in addition to making their own.

WhatsApp for Android doesn’t appear to have been blessed with GIF support yet, though it’ll likely happen soon based on the fact that tests for the feature have been spotted on the beta avatar of the platform recently. iPhone owners can now send GIFs via tools such as Giphy or Google’s Gboard keyboard.

These GIFs can be customized just like a regular image, with WhatsApp allowing users to do things like scribble or add emoij on top of the animations. Furthermore, people can send videos which are 6 seconds or shorter as GIFs. All they have to do is select the footage and then tap on the GIF toggle to transform it into an animated loop.

Owners of the iPhone 6S and iPhone 7 also get the added benefit of being able to send Live Photos as GIFs. To do so, they’ll have to tap on Attach, head to Photo/Video Library, 3D Touch the image of their choice, and choose ‘Select as GIF.’

WhatsApp has been busy testing a number of fresh features recently. Previous leaks have hinted that it’s working on a Snapchat-like Status tool which lets people share a photo or video with a select group of people. It’s also supposedly working on video calling support.