WhatsApp had announced its group video and voice calls feature last month at Facebook’s F8 conference. Since then, the company has been busy testing the feature amongst a small group of Android beta testers and iOS users.

Noted WhatsApp tipster WABetaInfo is now tweeting that the app has begun a broader global rollout of group voice and video calls. Not only is the feature hitting Android beta and official iOS builds, it’s also showing up in Windows Phone. The leaker is advising folks to stay patient for a few days while the rollout spreads to everyone. 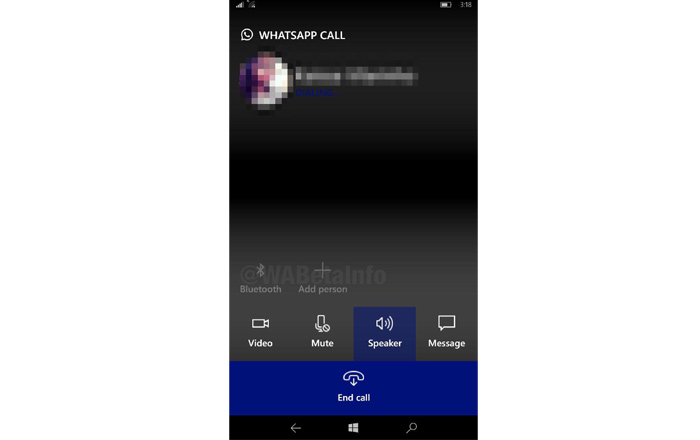 It’s not clear why WhatsApp isn’t pushing group calls to the stable Android version of its app. Perhaps there’s still some testing to be done with the tool. To check if a Windows Phone, iPhone, or Android device has received it, users will first have to make sure they’re on the latest version of the app.

How To Check if WhatsApp Group Calling is Live

If this checks out, the next step is to make a voice or video call. Once the call gets connected, an Add Person icon should show up on the top-right corner in the Android app. If the symbol isn’t present, then there’s nothing to do but wait for WhatsApp to enable access.

WhatsApp currently allows 4 people to hang out in a group call. This is very less compared to competitors like FaceTime and Hike. Moreover, each new addition has to be invited separately. This can be a bit tiresome, but there’s no way around it yet.

Also Read: WhatsApp may be working on a Windows 10 desktop app

Perhaps WhatsApp will make things more convenient in the future so folks can pre-invite a list of people or add a whole group to a conversation. As per reports, users can invite others who haven’t received the feature yet.