As was expected, the WhatsApp for Android application has been updated with new privacy features and one of them is the much-awaited ‘last seen’ control. And as usual, some bug fixes have been tossed into the mix. The update has already been rolled out for Android devices, but nothing has been mentioned about the company’s plans to introduce these changes for iOS, Windows Phone and other versions of the app.

Thanks to the update, it is now possible for users to make their ‘last seen,’ profile pictures and status visible to select people. You can hide them from everyone or make them available only to those who are in your contact list. And of course, there is an option for allowing everyone to access them. 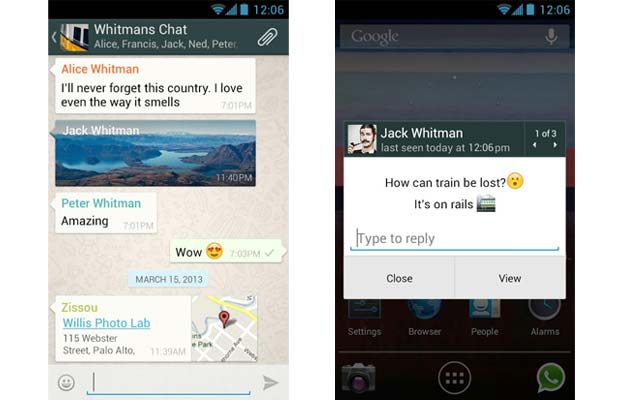 Besides the privacy controls, you can expect a camera shortcut in the app which highly simplifies sharing photos and it is even possible to add larger video thumbnails in chat. The app allows you to not only save profile photos or group icons, but also share them with others.

All devices running version 4.1 or later Android platforms will get Hindi support and those who have Android 3.0+ can see unread messages on the widget on their homescreens. And if that’s not enough, it lets you now pay for a friend’s WhatsApp service also.

There were some issues with sending flag emojis and voice note recording volume on the Sony smartphones and owners of these devices will be happy to know that they have been taken care of. The problem with voice notes was also experienced on the Samsung Galaxy Note 3 and the developers say that it has been fixed as well.

The WhatsApp for Android update has been rolled out already. This app is available for free through the Google Play store.