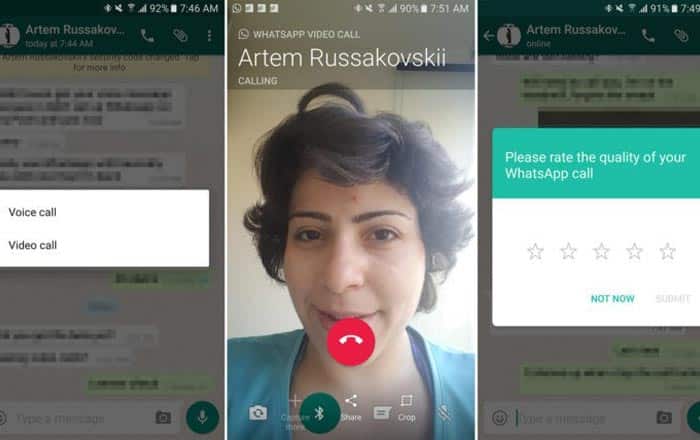 WhatsApp for Android is finally getting support for video calls going by a number of new reports which have popped up recently. Unfortunately, access to the tool is limited to beta users as of now.

To recall, video calling became a feature for people utilizing WhatsApp’s Windows Phone beta avatar just a few days ago. The ability has been floating around for months prior to that, showing up in Android betas and then disappearing without a trace.

This new development seems to be a bit more solid since people are actually able to make video calls, an entirely new development. However, availability appears to be very random. Having the latest beta release doesn’t automatically guarantee access to video chatting.

As per Android Police, if a user makes a video call to a person who doesn’t have the feature, WhatsApp will automatically pass it along as a normal voice call. Strangely, the call log will still apparently record this as a video call with a camcorder icon. Tapping on said icon triggers an error page which says ‘Couldn’t place call.’

Individuals who do have access to video calling just have to hit the call button to pull up a dialog presenting them with voice and video options. They can even try forcing WhatsApp to activate the tool by wiping out their app data and logging in afresh. Note that all chat data should be backed up before attempting to do this.

You can try out video calling for yourself by signing up for the WhatsApp’s beta program or downloading its beta version via APKMirror.