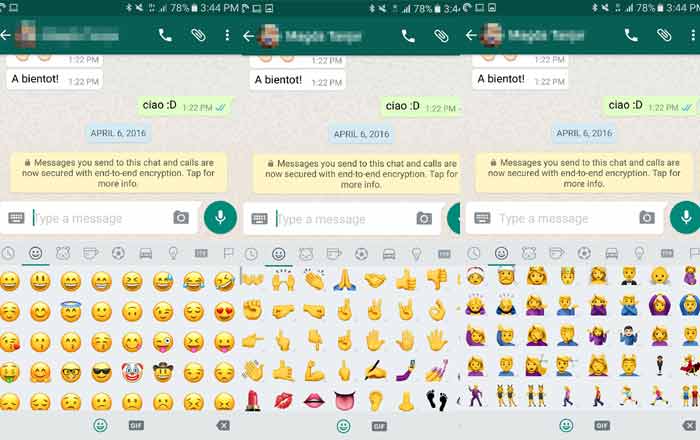 WhatsApp for Android is all set to get a flood of new emoji which have only been accessible by a privileged few running iOS 10.2 or Android 7.1 Nougat. The fresh intake includes Unicode 9.0 and Emoji 4.0 emoticons that promote gender equality by opening up a number of professions to both men and woman.

To recall, Google had released the fresh batch of emoji with Android 7.1.1 Nougat in December. It was followed by Apple with the rollout of iOS 10.2 about a week later. Both had new symbols covering animals, faces, food, jobs, and sports. In terms of gender representation, there was an emoticon of a man getting a haircut, as well as depictions of a female astronaut and welder.

Android Police reports that WhatsApp for Android has incorporated these emoji in its latest beta. Additions include a facepalm, shrug, bacon, sick face, dancing guy, whiskey glass, clown, butterfly, and avocado. There’s no way to know as of now when exactly the app plans to beam these out to the public.

Also Read: WhatsApp to soon notify you if your friends change their status

Other features sitting around in the Android beta version of WhatsApp encompass things such as live location sharing and edit options. The former lets people in a group broadcast their position in real-time, while the latter lets them edit or revoke messages after it’s been sent but before it’s been seen by the recipient.

You can download WhatsApp for Android beta via APKMirror or sign up for the brand’s Play Store beta program.