WhatsApp’s Delete For Everyone was a welcome addition to the app’s roster of abilities, allowing anyone to get rid of an errant message before the other person could see it. However, the user had to do this within a 7-minute time frame or else it couldn’t be scrubbed out of existence.

This time restriction might be given more room soon, as the latest editions of the WhatsApp for Android beta stretch the limit to 4096 seconds. That converts to a fairly long 68 minutes and 16 seconds, more than enough time for people to delete a message for everyone.

The change has so far only been observed in the WhatsApp for Android beta, but should eventually make its way to iOS and Windows Phone as well. Meanwhile, the Android beta has gotten hold of the locked voice messages feature iOS users on the official version got all the way back in November 2017. 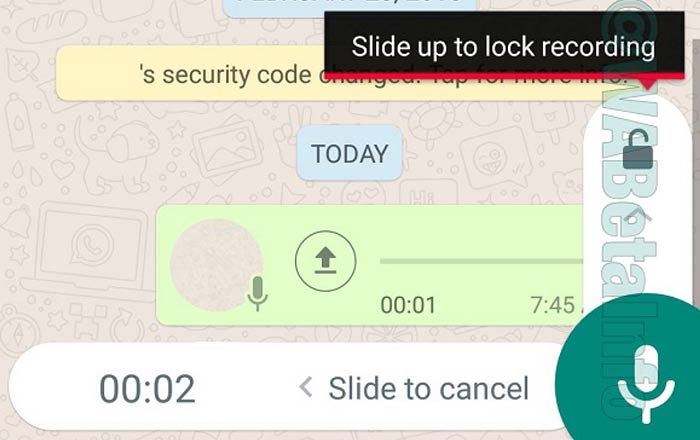 While recording a voice message at the moment requires users to hold down on the microphone icon and keep it there, the new interface lets them lock the recording so that their fingers are free. The process starts out the same, but after 0.5 seconds of holding down on the button, a new lock icon appears above the microphone button.

Sliding a finger up will automatically lock the recording. After speaking hands-free, the session can be stopped by tapping on cancel. WABetaInfo says that there’s a new facet to this feature now as people can also listen to their recording before sending it.

Other changes include further refinement of WhatsApp’s unreleased sticker pack tool, allowing people to see how big the size of a pack is before downloading it. There’s also a new label for forwarded messages that shows up on top of the text. This could prove useful in the fight against spam and false stories since it’ll be easier to make out the fakes.

You can download the latest WhatsApp for Android beta via APKMirror.