WhatsApp has got a couple of interesting new additions in store for its Android users and is currently busy testing them out in its beta platform. One is the option to have a group voice or video call, while the other focuses on stickers.

Starting off with group calls, it appears the feature first made an appearance in WhatsApp for Android beta version 2.18.39 a few days ago. Based on the screenshot above, users will be able to tap on a new add participants icon located on the top right to get more people to join an ongoing conversation.

WABetaInfo doesn’t specify if the tool is available for both voice and video calls on WhatsApp, but this is very likely the case. The tipster did confirm that it’ll be possible to add a maximum of 3 other participants to a group call, so a total of 4 people can talk to each other at once. 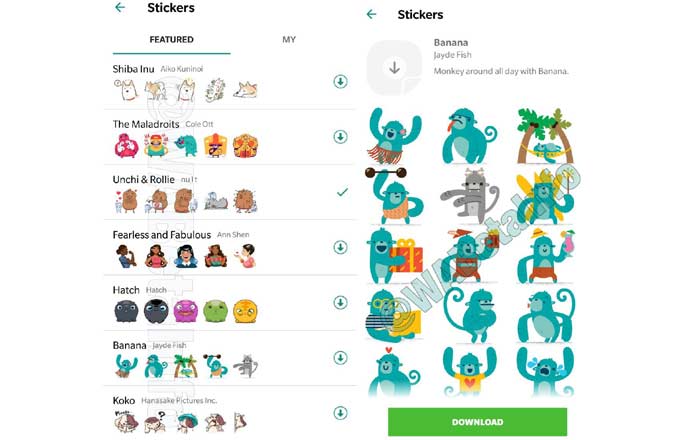 As usual, there’s no fixed date for the release of group calls. WABetaInfo says that it’ll be available in the future. More recently, WhatsApp for Android beta 2.18.41 introduced a bunch of sticker packs that closely mirror the kind of stickers you’d find on Facebook Messenger.

Both static and animated sticker packs are being added to WhatsApp’s arsenal such as Unchi and Rollie, The Defenders, and Dragon Clan. These appear to be accessible directly from the keyboard, just like emojis are right now. The stickers apparently aren’t visible yet, so we’ll just have to wait and see when the app decides to deploy them.