WhatsApp to add support for UPI payments in India

There are big changes in store for popular chat app WhatsApp if two separate reports are anything to go by. The company is apparently thinking of jumping on to the digital payments bandwagon in India. It’s also letting beta users select more than one contact to share in a chat.

4 sources with knowledge of the matter told The Ken that WhatsApp has chosen the government-backed UPI platform as a vehicle for its peer-to-peer payment service. It’s supposedly going to roll out the feature within 6 months and is in talks with the government to get the ball rolling.

Backing up this assertion is WhatsApp’s job opening for a digital transaction lead with experience in the domains of BHIM, UPI, and Aadhaar. It’s reportedly settled on UPI as its platform because other systems would likely hamper user experience. It’s also scrapped plans for a virtual wallet because of the RBI’s draft guidelines.

WhatsApp already has over 200 million patrons in India. Having access to a payments system within the app will likely be seen as a convenience, especially when sending money to a friend who is already a WhatsApp contact.

WhatsApp hasn’t said much about the move officially, vaguely telling TechCrunch that it’s looking to contribute more to the vision of Digital India. The company’s co-founder Brian Acton had revealed that it was in fact in the early stages of integrating a payments platform back in February this year. 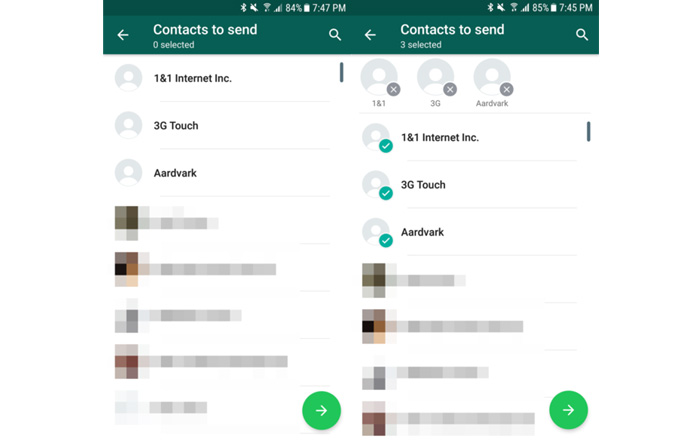 In more immediate and certain WhatsApp news, the beta version of the Android app now lets you choose multiple contacts to share with others, dropping the current one-contact-at-a-time system. People will have to tap and hold the first contact and then pick the others.

You can download the latest version of WhatsApp for Android beta via APKMirror.