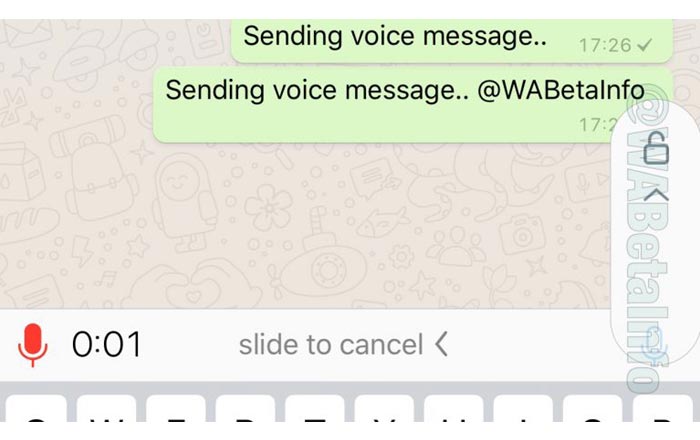 There are a couple of big updates coming to WhatsApp which will add some much-needed improvements to the chat app. As reported by WABetaInfo, the company’s planning to revamp the voice message recording interface, grant more power to group admins, introduce location stickers, and allow users to switch between voice and video calls.

Starting off with voice recordings, the feature has so far required people to hold down the microphone symbol to record a message. This is fine for a short talk, but gets tiresome if it’s a particularly long one. It seems WhatsApp is now modifying the UI so that people won’t have to continuously hold down the button anymore.

Tapping on WhatsApp’s microphone icon will prompt a padlock to appear above the symbol. A person would have to slide their finger up to activate the lock. Once this is done, they’ll be able to record their message hands-free. They can even scroll through the chat, although they won’t be able to leave the window or type anything while the session is live. 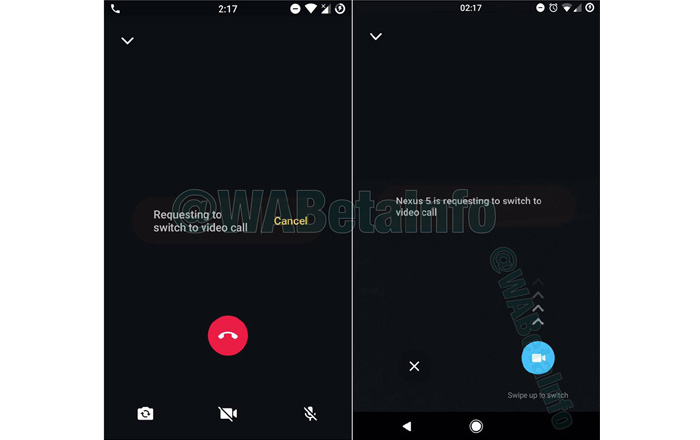 The next big change involves allowing WhatsApp group admins to disable chat in the group. This way, only the admins of a group will be able to send messages. Members will only be able to receive and read texts, but won’t be able to participate in the discussion.

If a non-admin needs to communicate something in a restricted WhatsApp group, they’ll have the option to “Message Admin.” They can also choose to “Mute” the group. As for switching between voice and video modes, the screenshot above indicates that a user can request this while a call is in progress. The other person will have to agree to this switch.

Finally, the location sticker is a new kind of dynamic sticker in WhatsApp which lets you choose between a list of nearby spots and paste it on an image or video. There are 2 layouts to pick from right now.

It should be noted all of the above tools are hidden from beta and non-beta users alike, so don’t hold expect to see them around for a while yet. Most are still in testing and could take some time to go official.