What Is Wattson’s Heirloom In Apex Legends? [How To Get It]

If you’re seeking more details about Wattson’s heirloom in Apex Legends, you’ve come to the right place. This unique weapon is being sought by most gamers and holds special value because it’s not difficult to acquire. Heirlooms are new cosmetics which come in sets that include a banner pose and a quip.

Every fresh Collection Event sees a new heirloom set added to the game via event packs. The Wattson heirloom is known for being extremely quirky and fun to play around with, which is why fans love it so much. Without further ado, let’s sink our teeth into it.

What Is Wattson Heirloom In Apex Legends?

The Apex Legends Wattson Heirloom is actually an Energy Reader that could be gained by the character during the Raiders Collection Event, which lasted from December 7 to December 21 in 2021.

Designed to look like a tool, it can be used as a taser-like melee weapon. It also has a tiny screen on it to show a movement-tracking radar display. However, this display doesn’t have any particular purpose.

To get this weapon in the game, players needed to unlock 24 collectables. These items included skins for Bloodhound, Loba, Revenant, Valkyrie, Pathfinder, Wattson, and Wraith, apart from other collectables.

The heirloom suggests that Wattson may be a gamer herself. A couple of animations show her playing games on the screen. A rare equip animation that has made it such a sought-after weapon is the ability to cuddle with a large-sized Nessie (Loch Ness Monster) plush toy.

Another one sees Wattson interacting with a Tamagotchi version of her beloved Nessie, while yet another shows a brief run in a bullet hell style game.

How To Get Wattson Heirloom?

As we said, the Wattson’s heirloom could be earned during the Raiders Collection Event that ran from December 7 to December 21, 2021. Players were able to get the Energy Reader by gathering all 24 of the collection event-related cosmetic items.

This also included items that were seen popping up in the Apex Legends Store during the raider collection event-specific rotation. Items you can only get in Raiders Apex Packs were also part of it. However, since the Raiders event has ended now, this method has been nullified. But that doesn’t mean it’s out of reach for Apex players.

ALSO SEE: When Did Apex Legends Come Out?

After the end of every Collection Event, the related heirloom is thrown into the general pool of heirlooms. This means you can purchase any of them if you have enough heirloom shards. In case you’re unaware, these shards are an extremely rare item drop in standard Apex Packs.

Can You Get It For Free?

As we just mentioned, you can get heirloom shards from Apex Packs. It doesn’t matter if these packs are bought for money or earned as rewards, they are still eligible for including heirloom shards. This means that once you have enough shards earned from free Apex Packs, you can purchase Wattson’s Heirloom at zero cost.

What Does It Do? 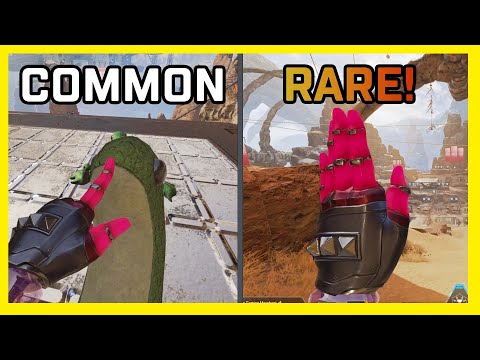 The heirloom, which was released during the Raiders Collection Event isn’t a very powerful weapon. It is meant to be utilized as a melee weapon for close-quarters combat. It can also be used for opening doors. When you attempt to melee a door like Wattson, she grabs the heirloom with both hands and the end of the device is sent into a spin. That’s when sparks start flying everywhere and the door gets smashed or pushed open.

There are several cute animations associated with this weapon that make it attractive to fans. The most popular among them is, of course, the giant Nessie doll that the character hugs. Another has her playing a game on the tiny screen of the heirloom. The tiny screen also turns into a Tamagotchi machine showing Wattson’s Nessie doll on it.

How Do You Use It?

What Is The Best Heirloom In Apex Legends?

This is a pretty subjective question but we have a particular liking for Revenant’s heirloom. It’s a sick-looking scythe that has particles shining around it all the time. The scythe has some cool animations as well, one of them involving him lifting it up with care as if it has just been unboxed.

Grabbing heirlooms is a difficult task for Apex Legends fans. And therefore, owning them is a matter of pride. The game is currently in its twelfth season called Defiance. It has introduced a new Legend in the form of Mad Maggie, who is shown to be an old friend of Fuse.

Developer Respawn Entertainment is being pretty tight-lipped about when its next-gen versions will be released. There’s also no word on when the Android and iOS editions of the game will be out.