In case you’re wondering what is malding, you’ve most probably come across the term on Twitch. That’s the place it is being used the most these days.

But you may also have heard it in your multiplayer game chat when people get angry.

Actually, the term has been in use for a very long time, but its popularity recently spiked and that’s probably why you’re here. Let’s quickly explore the origins, meaning, and other details around the term and also see what exactly it has to do with a bald person.

To fully understand the malding definition, you need to know about portmanteaus. A portmanteau word is formed by mashing together two words.

It is similar to a contraction, but not exactly a contraction since it includes words that are not usually written with one another.

If you’re not following that explanation, just consider some of these portmanteau word definitions.

READ: What Does WSG Mean On Snapchat, Texting & TikTok? [Explained]

Now let us move on and tell you what a portmanteau has to do with the malding meaning.

What does malding mean?

The best way to define malding is to say it’s a portmanteu that combines the words mad and balding.

The meme is used to refer to people who get so mad or angry that they start going bald.

The originally added Urban Dictionary entry goes, “when someone is both mad and balding.”

While that’s not something that happens literally, it’s just another Internet meme that has gained an evolved meaning.

So if you want to say someone is angry and balding, you would be referring to someone who is raging while playing a video game.

Extra points if they have a receding hairline.

Origin of the term

It is actually not known when this term was first used. However, thanks to Google Trends data, we do know that it has been around since 2004 at least when some people happened to be Googling it.

While there are plenty of malding Urban Dictionary entries today, it was first entered into the website in 2011.

But we are concerned with what made the meme so popular in recent times and sure enough, there’s trademark story behind it. Let us tell you what it is. 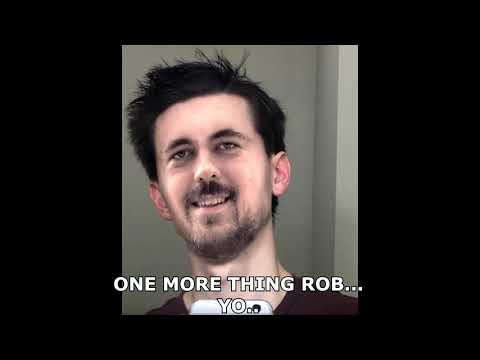 Among those streamers who picked up the phrase Malding was Rob ‘Roflgator’ Malecki. Twitch streamer Joey Bagels who goes by the username ‘Nagzz21’ also appeared to take a keen interest in the term. Bagels filed a trademark application for ‘Malding’ in the US Patent & Trademark Office on 4 December, 2019. He also bought the malding.com domain name for over $3,000.

Nagzz21 also posted a clip rapping about how Roflgator’s channel was infringing on this patent by using this trademarked term. But why would anyone pay so much money for the related domain name? It was apparently just Bagels’ intention to preserve a tiny part of online culture for as long as possible, and an inside joke between friends.

As you might know, users of the streaming service in question have a tendency to create internal memes and jokes that usually make no sense to people who don’t follow the platform.

Over the years, the platform has given rise to several memes like KEKW and many more.

Twitch chat rooms are all about fandom and if these communities take it upon themselves to make a meme popular, denounce other well known Twitch streamers, or generate viewership for someone, they can get it all done easily.

ALSO SEE: KEKW Meaning — What is the origin of this Twitch emote?

It’s this strong sense of community on the Twitch site behind the reason why malding gained popularity.

The origin of the meme comes from fans of a popular streamer named Sebastian Hans Eli Fors, whose gaming persona is called Forsen. His stans have created a community called Forsenboys.

How did the meme grow in popularity?

Fors started growing a big following in 2016 while streaming Hearthstone and was quick to become one of the most known streamers on the Twitch web domain.

Cut to 2019; while playing a particular gaming session, he was getting increasingly frustrated with himself.

That’s when his regular viewers started spamming Forsen’s chat with messages reading “So bad, so mad!”

However, some viewers noticed he looked to be losing hair as well, so the phrase in the chat evolved into “So bald, so mad.”

But it seems this wasn’t quite rhyming well, so it further evolved into “So bald so mald.”

After the spread of “So bald so mald” in the chat, the term “mald” started cropping up in memes and was everywhere in no time.

As the word was generally unknown, Forsen looked it up on Urban Dictionary on June 1, 2019

And on June 10, a Reddit user going by the username ganondorf69 posted a picture of the streamer and asked the community to upvote the picture so that it would show up as a Google search result whenever anyone types “mald.”

The story continues though. In the same month, a video surfaced with the title “The Malding of Twitch” and showed some of the most well-known Twitch video streamers with bald spots. 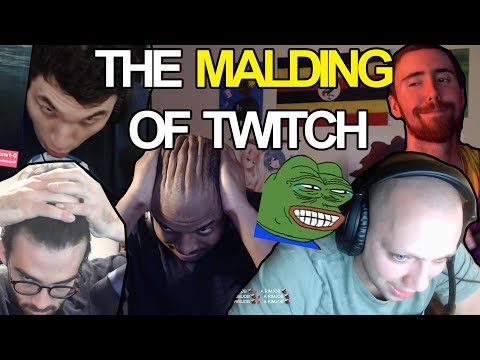 In the following month, a streamer named Nymm posted another video recounting the meaning and origin of malding and that’s when other Twitch video communities started adopting the term, leading to the eventual boom.

Today, it is used to refer to a player who is struggling in a game so much that they could start balding.

And the phrase works best if a player is actually starting to go hairless.

Scientific studies have indeed shown that stress has some correlation to balding. That being said, it would be too farfetched and silly to define malding as something that’s common. It’s a mere expression with a funny connotation that’s used extensively on the streaming website Twitch.

Q. What is mald in gaming?

As mentioned above, mald is the combination and the words mad and bald. In the world of gaming chat, or rather, on the video streaming platform in question, it’s used to describe someone who is playing a game and is so mad that they are going hairless due to the stress.

Q. Who made the word malding?

The credit for the creation of the term cannot be given to one person alone. As you know, Google Trends data shows us that it was in use on Twitch since as far back as 2004. However, the Forsenboys group sort of resurrected it in 2019 during a session that saw Forsen playing a game and getting a bit too frustrated.

Q. What does based mean?

As a slang term, based means being yourself and not caring about what others think of you. It was used by free style rap star Lil B. However, the term has been transmuted into an expression to acknowledge and appreciate the un-wokeness of someone who is being racist, xenophobic, sexist or bigoted, in general.