What Does KEKW Mean [Story Behind The Twitch Emote]

What does KEKW mean? If you’ve been on Twitch streams, you’ve probably seen this word thrown around in chats and are wondering about its meaning. It is a term that mostly appears when something funny is happening on the screen or when someone is playing a game shabbily.

So popular has it become that the term has been turned into an emote which is among the most popular on the platform. But what does it even mean? What is the origin story? Check out this short video below as it has much to do with how the term happened to originate.

In this original video, late Spanish comedian and actor, Juan Joya Borja, popularly known as El Risitas, can be seen laughing uncontrollably at an incident. This incident involves him leaving some paella pans in the ocean during the night to soak and clean but them disappearing overnight due to the tides. 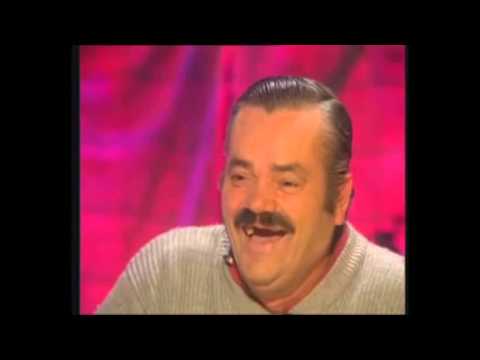 That’s not the most fun part though; it’s the way he describes the incident with his trademark uncontrollable laugh. Over the years, this video got picked up by the Internet and was responsible for plenty of funny memes from meme creators.

READ: What Does WSG Mean On Snapchat, Texting & TikTok? [Explained]

They would add subtitles and make it appear as if he is laughing at something funny that has just transpired. If you look at this Twitch emote, it bears the face of none other than El Resitas as sort of a tribute to his adorable laugh. That being where the visual explanation for the KEKW meaning comes from, let us now see what does KEKW mean?

What does KEKW mean on Twitch chat?

The emote with the Spanish laughing guy is part of the FrankerFaceZ suite of Twitch emotes. Last year, during the 2020 pandemic, it became one of the most popular emotes. But to understand its origins we must go back to the term LOL. For Korean gamers, the term KEK is the equivalent of LOL.

There’s more to it and this part has to do with World of Warcraft. The game transcribes chat entries for opposing factions and if a Horde player writes LOL in the chat box, an Alliance player will be able to read it as KEK.

Now that we know the origin story of the first three letters, let’s move on to the ‘W.’ Actually, the meaning of the ‘W’ is quite easy to understand if you know that ‘W’ is used to exaggerate certain Twitch emotes. For example, just as LOL or LUL becomes LULW, KEK becomes KEKW.

Twitch users hence use the KEKW emote to convey extreme hilarity. Twitch emotes with the ‘W’ suffix often convey an exaggerated facial expression by the streamer or individual in question and that’s how the emote came to become a recently popularized way to convey laughter or hilarity in the Twitch chat.

ALSO SEE: What Does Malding Mean?

When is the term used on Twitch?

The simple answer to this question is when something funny happens. The exaggerated facial expression is used by viewers to convey laughter during hilarious scenarios. Twitch chat literally gets flooded with these emotes if a streamer says or does something funny in real life or in the game they are playing.

How did it become so popular?

The first major appearance of the word KEKW can be traced back to around August 2019 when popular Twitch streamers like AdmiralBulldog and xQc started using it while doing their regular game streams. Given the massive popularity that these streamers enjoyed and are still enjoying, awareness about the emote grew rapidly and it soon became a standard emote to denote hysterical hilarity. By last year, during the pandemic, it had become one of the 15 most used emotes on Twitch chat.

ALSO SEE: What Is Pepega? [Twitch Emote Meaning, Origin & Use]

While the KEKW meaning has remained fairly standard in the Twitch community, the term’s import into sites like Twitter has led to several variations popping up. These usually feature a word attached to the letter ‘W.’ Take the terms KEKWhat or KEKWow for instance. There’s no particular added meaning to them, except for the fact that they are enhancing the term by introducing an exclamatory word at the end.

Q. What does the abbreviation KEKW mean?

Unlike terms such as Dw or WSG, it is not essentially an abbreviation of anything. As we said, just like the word LOL is used to denote laughter in most English-speaking nations, KEK is used for the same purpose in Korean. And the W at the end indicates an extreme amount of hilarity, making it fit to denote the emote featuring the laughing Spanish guy.

Q. How is KEKW pronounced?

It is not quite pronounced as it’s written. If you want to pronounce it, you need to turn the KEK to KIK and add a U at the end. So, Kik-u is really the right pronunciation.

You first need to install FrankerfaceZ emote extension on your preferred browser. Not only does it give you access to KEKW, but also to a whole range of third party emotes. Once you install FrankerfaceZ on any browser you use for watching a Twitch stream, all the available emotes will appear in its drop-down menu, ready to be inserted in your chat window.