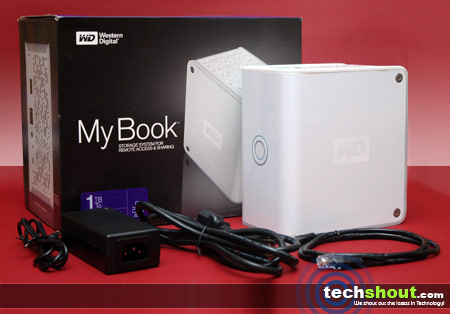 Years ago, having a 40 GB hard disk drive was considered a luxury as people collected very less entertainment data on the PC. However, these days people store a lot of content on their computers and we are not talking about word or spreadsheet documents.

We are talking about audio, video and image files that are getting bigger and bigger by the day. In fact, many new movies have been released in the HD formats too. These formats do take a lot of space. What’s more, households these days have more than one PC. So it does become necessary to have something in the house or small offices that is like a server, but at the same time does not have the high-maintenance requirements of a server.

Keeping that in mind, Western Digital has come out a unique remote-access storage system that offers a secure way to access and share data and photos at home and in the office, mostly it should be a small one with not too many employees of course! The first thing that you notice about My Book World Edition II is the white body; you just can’t make out whether it is an over-stuffed iPod or a boxed up Nintendo Wii.

The main component of the My Book Pro Edition II are the two 7200RPM, 500GB Western Digital SATA drives. The thing we liked about it is that WD does let users replace the hard drives. The case can be easily unscrewed. The drives are mounted on rails and they smoothly come out. Inside there is an 80mm cooling fan, which is noisy and can be replaced, but doing that would cancel your warranty. These drives can be configured as a large single volume or ‘secure volume’ (RAID 1). 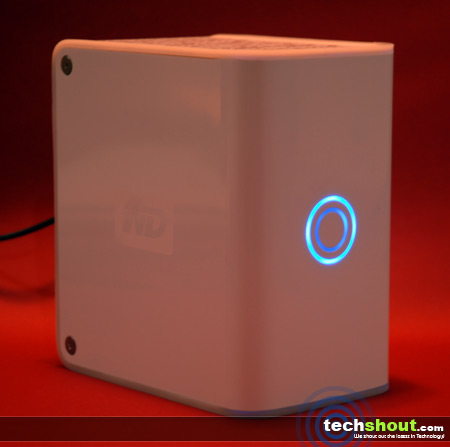 As for the connection, My Book World Edition II can be connected to the home network through a gigabit Ethernet connection, but sadly WD has not embedded any built-in Wi-Fi connectivity. But users can put an 802.11g extender if they want it. At the back, there is a USB as well a FireWire port. The USB port allows you to connect an external storage device like a USB hard drive or a USB flash memory.

Setting up the My Book World Edition II was a breeze for us at the test lab, but we thought as the drive has been made especially for the home users, we also asked one of our work mates from the other department, who has an average understanding of technology to set it up. He did find it a little difficult to do so. Just like us, he was able to use the supplied power brick and a network cable and just like us he pushed the round button that was surrounded by blue LEDs. But after that, it got a little difficult for him, all the same in the end he did manage to do it right.

The blue LED has a very realistic use. It basically indicates the amount of storage space that is left in the disk, some thing similar to fuel gauge in a car. All you need is a web browser to configure the hardware, as the entire hardware configuration is carried out with it. The hardware is powered by its own embedded Linux platform. Usually users will leave the drive as one large, terabyte volume. But we decided to test the product to the limit. So we used the web based Shared Storage Manager to change the 1 TB drive to a 500GB RAID 1 configuration, but it took a real long time to do that. We would recommend users to play around with the networking stuff only if they have a thorough knowledge of it. 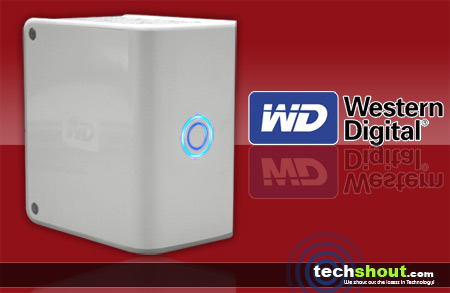 The Western Digital My Book World Edition II ships with a toned down version of MioNet, which lets users access the My Book from anyplace, even outside their firewall! However, it has to be noted that the software can be installed on any number of PCs, but the version which is shipped only works with My Book. Users will have to pay a $65 (approx. Rs. 2650) annual fee to get the full version. The only bad part about this is that the software does not have any support for Windows Vista!

The device does not seem to be an uPnP device, even though the official website calls it as ‘UPnP enabled’. In fact, it does not even have an integral software purposely for media playing but you can store a lot of media on the My Book World Edition II. If you are really wondering how much it stores, well, here is the break up:

Now let’s talk about the negatives of My Book World Edition II. The first thing we didn’t like about it is that it is very, very slow. It takes a lot of time to transfer the files, especially the huge ones. Another thing that we observed was that the drive just drops off the network without warning.

Our Shout: We give a rating of 6.5 to the My Book World Edition II. We only recommend it for home users, who have an exceptionally sound knowledge of networking.