Spice has just revealed a sub-Rs 7,000 smartphone for consumers in India in the form of the Smart Flo Mettle Icon Mi-506. This 3G device is a dual SIM one, and will be made available in the country priced at Rs 6,999. It runs the Android Jelly Bean OS, while it carries onboard a dual core processor.

The Smart Flo Mettle Icon Mi-506 comes equipped with a 5-inch touchscreen display which offers its visuals with a resolution of 480 x 854 pixels. A 1.3GHz dual core processor ticks inside this device, and is granted assistance in its operations by 512MB worth of RAM. 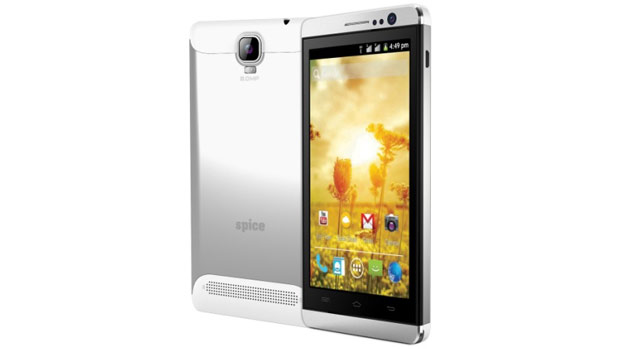 As far as internal memory goes, the Spice Smart Flo Mettle Icon Mi-506 carries onboard 4GB of storage space, but there is a provision for further expansions of up to 32GB through its microSD card slot. On its rear surface, this new handset holds an 8MP camera, whereas a 1.3MP webcam has been placed on its front.

The Spice Smart Flo Mettle Icon Mi-506 is still to make its way onto online shopping portals in India, but we’re expecting that to happen soon. Once again, its price has been locked down at Rs 6,999 for those interested.