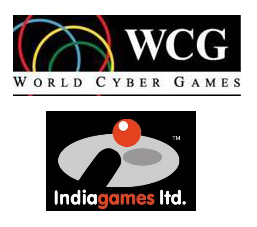 Players across India will compete in a mix of solo as well as team events playing games like popular PC games Counter Strike, FIFA, Need for Speed, WarCraft and Age of Empires and Project Gotham Racing on the Xbox 360 console.

The final 10 contestants who emerge as winners in the India leg of WCG 2007 will win a total prize of Rs.15 Lakhs.

These ten finalists from India will then be flown on an all expense trip to Seattle to represent India in the global finals where they will compete for the big prize of USD 300,000.

Corporate partners for the event include worldwide sponsor Samsung Electronics, Microsoft’s Xbox 360 and Kingston. Media partners for WCG 2007 in India are Bindaas and Radio Mirchi.

Interestingly, the event is also being supported by NASSCOM, the largest software and IT trade body and CII, the leading industry and trade association in India.

The theme selected for WCG 2007 is “Beyond the Game” which means that the WCG is not just a world game tournament but also combines the world to create harmony and enjoyment through the shared emotions.

This will be the seventh time that Indiagames has held the WCG in India.

According to Vishal Gondal,CEO, Indiagames, ”The World Cyber Games is the premier blue chip global video game tournament and culture festival. We are proud to be associated with WCG year-on-year. WCG has over a period of time promoted global harmony through e-sports, and has grown steadily ever since. With international exposure Indian gamers have honed their skills quickly and the competition is getting more intense every year.”

The WCG 2007 qualifiers in India are scheduled for the following dates:

WCG India finals will be held on September 9, 2007 in Mumbai. Registration to the WCG India qualifiers begins on July 23 and will remain open through September 4 2007.