As cryptocurrencies gain traction in India, crypto exchange WazirX on Thursday said it received 377 user account requests from the law enforcement agencies (including 38 from foreign agencies) in the April-September period this year.

The company said that all the legal information requests received were criminal in nature and its compliance rate has been 100 per cent for over 377 requests.

The crypto exchange locked 14,469 accounts in the above-mentioned period.

“Ninety per cent of these activities were user driven (customer requests to close accounts) and 10 per cent were initiated by our legal team who had to lock the concerned accounts due to payment disputes or ongoing investigations for LEA cases,” WazirX said in its first-ever transparency report.

“Initiatives such as the transparency report add credibility to the ecosystem and make the crypto world look more appealing to the outsiders. We aim to look at the bigger goals like positive regulations and consider ourselves paving the way to it through innovative approaches”, said Nischal Shetty, CEO and Founder, WazirX.

WazirX is part of Binance group, which is the world’s largest crypto exchange, serving users in 180 countries.

More than $6.6 billion investments have been made in crypto assets by retail investors in India to date. The industry provides employment for 50,000 individuals in India, with more than 230 startups and over 150 proof of concepts and projects.

Since Blockchain is one of the prominent game-changing technology, WazirX has launched ‘Blockchain Papers’ (BP), one of India’s first blockchain research and analysis platforms, with an idea to build visibility for the platform and increase the user base. 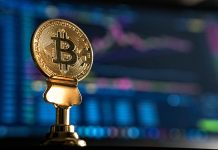