One of our greatest wishes is soon to be fulfilled by Google as it plans to bring offline capabilities to the YouTube mobile application. If you don’t know what that means, then listen up – The streaming service will allow you to download clips that you want to watch and preview them without the need of an internet connection.

This news was made public by the YouTube Creators blog. The upcoming improvement is certainly an exciting one, especially if you travel a lot and are not connected to the internet. However, there is a slight catch. In the post, the team noted that videos will be available for only a short period of time when there’s no data connection present. The company hasn’t provided any specific details as to how long can a clip be stored offline, but AllThingsD has managed to get hold of that information anyway. The report states that you’ll be able to store footage for up to 48 hours. Also, Google is most likely to implement ads on these clips as well. 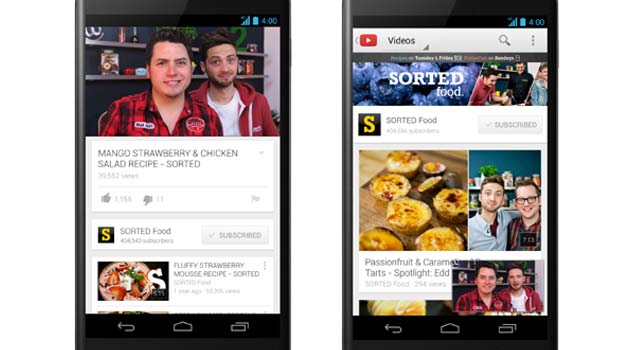 Additionally, there’s another catch – Uploaders will be given the choice to decide whether their content will be available offline or not. Just last month, the company released a refreshed YouTube application which introduced an enhanced interface with various new features. The most prominent one is the ability to resize a video to occupy a small portion of the screen, allowing you to browse though other clips and channels while the footage continues to play.

So far, we know that the offline viewing capability will arrive in November, but there’s no conformation on which platform will receive it first or will Android and iOS, both be treated to the new feature?