HP Stream 14 Windows notebook to be launched soon at $199

Microsoft has finally accepted Chromebooks as serious competitors and it plans to counter the low-cost laptops with Windows-based notebooks like the HP Stream 14 that’s priced at just $199. The Redmond giant already confirmed the device’s existence, but now we’ve finally got in-depth details about its design and hardware.

Mobilehgeeks.de has managed to get its hands on a great deal of information on the HP Stream 14. The HP Stream 14 notebook will obviously be powered by the Windows 8.1 OS and it looks like your typical HP laptop judging by the image below. The 14-inch display on the top is said to deliver 1366 x 768 pixel resolution and it’ll be an SVA LCD panel, so don’t expect perfect viewing angles. 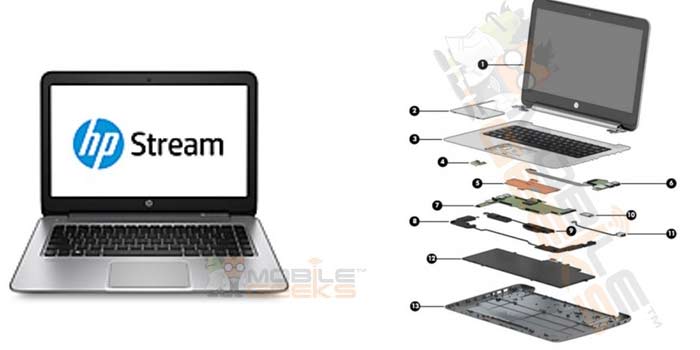 While a majority of OEMs are turning to Intel’s Bay Trail SoC for affordable Windows devices, HP has instead gone with an AMD Mullins chip, the A4 Micro-6400T which features a quad core configuration with a turbo clock speed of up to 1.6GHz. For memory, 2GB of RAM is available and options of 32GB and 64GB SSD drives. There’s even 100GB of free OneDrive storage for 2 years.

Also see: If Sony ever outed a PS Vita-inspired Android phone, this is what it would look like

The HP Stream 14 notebook also sports a TrueVision HD webcam, a microphone with noise suppression and a total of 4 speakers powered by Beats Audio. Where connectivity is concerned, there’s Wi-Fi with Miracast support, HDMI, Bluetooth 4.0, a card reader and USB 3.0 as well as USB 2.0 ports.

While we know that the HP Stream 14 will retail for under $200, there’s no word on when it will be released in the market.