“Warriors Orochi” for Xbox 360 and PS2 announced by KOEI

KOEI, the game company synonymous with strategy and action games announced a new game called Warriors Orochi for the Xbox 360 and PS2 consoles.

Warriors Orochi is a merge between two of KOEI’s blockbuster franchises- Dynasty Warriors and Samurai Warriors. Yes, this new game will feature around 77 playable characters from both franchises.

Without warning, the evil Serpent King Orochi descended from the skies above. Using his unworldly powers to shatter time and space, Orochi kidnapped the strongest, wisest and most courageous warriors from Ancient China and Feudal Japan in a scheme to test his might against the heroes of these ages.

Most of the great armies of these two periods would succumb to the might of Orochi. Yet powerful warriors remain and are ready to continue the fight. Now, the greatest showdown in history is about to take place.

Also, players will be able to create their own three-person tag team. So, at any given time, when one warrior is engaged in battle, the other two could be taking time off to recuperate and restore their Life Meters and Musou Guages. 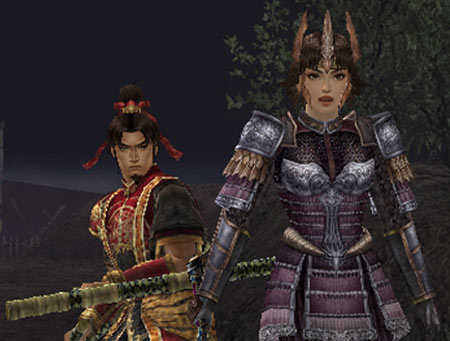 Warriors Orochi will also see the characters categorized according to their offensive abilities. The game also includes many new fighting techniques.

KOEI’s Warriors Orochi game for the Xbox 360 and PS2 game consoles is being developed by the company’s internal team OMEGA FORCE. This game is expected to ship to North American retailers on September 18, 2007.