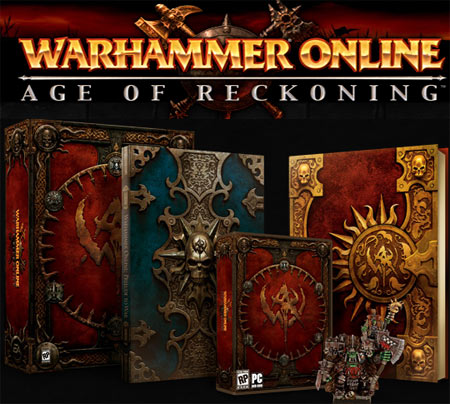 The much awaited Warhammer Online game’s launch has been postponed. Vice president of EA Mythic Marc Jacobs has come out and stated that Warhammer Online: Age of Reckoning has been delayed until Fall 2008.

It has come to be known that the Warhammer Online MMO game needed some more development time before it could actually be released to PC gamers all over the world.

In a newsletter Marc Jacobs explained the reason for the delay of Warhammer Online: Age of Reckoning.

He wrote, “During the most recent phase of beta testing, two things have become clear. One was that our key innovations – Public Quests, Tome of Knowledge and Realm vs. Realm combat – were all coming along extremely well, as was the first stage of our innovative crafting system.”

“The second, that the game would benefit from additional iteration time as well as adding a layer of polish or two. Fortunately, as part of Electronic Arts, we are able to do just that,” he further went on to say.

Jacobs also confirmed that the extra development time would only make the MMO better for fans of Warhammer.

Marc Jacobs has also created a thread on the Warhammer forums which allows players to ask questions regarding the delay and the game in general.

But fans are very upset that the game’s launch has been postponed. EA Mythic has also gone ahead and revealed details of Warhammer Online: The Age of Reckoning Collector’s Edition. It includes exclusive miniatures, an art book, a graphic novel and a number of in-game items and content!