Want BBM for Android or iOS? Wait in the queue

BBM for Android and iOS that was supposed to go live more than a month ago, is finally being rolled out through the Google Play store, iTunes and select Samsung app stores. The reason why the Canadian company had stopped it hours before the launch was that a version of the application ended up getting leaked on the internet and impacted the system in abnormal ways.

Although the app has been released, it is not available for everyone right away. There’s a virtual queue where you have to wait after you install the application and BlackBerry will notify you as soon as you reach the front of the line. So all those who haven’t already downloaded the messenger, can do so and punch in their IDs to wait for that much-awaited email from the company. 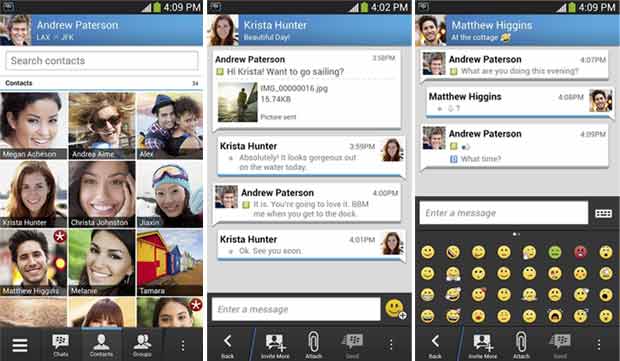 And here’s some good news for those of you who had signed up for updates regarding the messenger at BBM.com. You guys do not have to wait in the queue to connect with all your BBM friends, simply install the application and start using it. The developers have promised that they are doing their best to move the customers waiting in the line as fast as possible.

When the app was leaked in September, more than a million Android users downloaded the application which may have caused the servers to crash. And going by the number of people who were eagerly awaiting the launch (about 6 million people signed up at BBM.com), BlackBerry may have anticipated the kind of response the app is bound to get. So, probably, to cut down on the sudden traffic, the company may have thought of the queue and it seems to be working in its favor.

BBM for Android and iOS can now be downloaded for free through the aforementioned app stores.