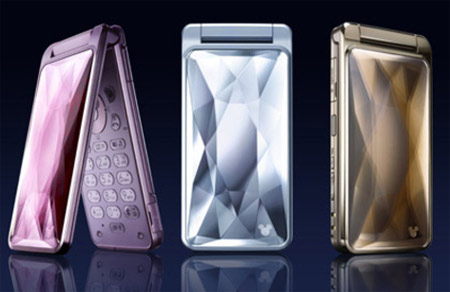 Walt Disney and Sharp shake hands to offer a new phone for children, especially for girls. The upcoming phone is named as the Cinderella phone. Parents can also call it as DM002SH.

Moreover, features such as a 2 megapixel camera and Bluetooth are also incorporated. The Cinderella phone has 50MB of internal memory. Users can further extend it with the help of the provided microSD slot.

The DM002SH handset is expected to release on June 7. However, no pricing and availability details are announced as of now.