The Wahoo Blue HR Bluetooth heart monitor currently gearing up to be unveiled at the CES 2012, comes with its fair share of interesting features that fitness freaks may approve of. Potential users who abide by the phrase ‘thin is in’, may want to give this offering a second look since it arrives with the claim of being the world’s first Bluetooth Smart heart rate monitor.

The Wahoo Blue HR monitor connects with the user’s iPhone 4S handset or any other device which is Bluetooth Smart ready, to deliver heart rates in real-time. The monitor employs the recent Bluetooth technology with a fitness app to provide a consolidated view of heart rate data, phone, music playlists and GPS maps amongst others. Plus, users will apparently receive accurate information with regards to calories burned during a workout session.

“So many smartphone fitness monitors limit you to using their own smartphone application,” states Chip Hawkins, CEO of Wahoo Fitness. “Wahoo has been working with the top fitness app developers on other smartphone fitness monitors for years, so the Blue HR is simply the next step. Our partnerships allow users to easily incorporate all their fitness data into the app they already know and love. Whether you log your miles on Runkeeper, MapMyRide, or one of the other top 100 fitness apps, the Blue HR will seamlessly integrate your heart rate data into the interface of your choice.” 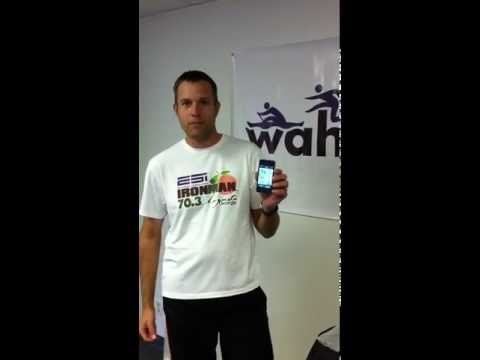 Besides the free Wahoo Fitness App, the Blue HR monitor can be coupled with MapMyFitness, Runmeter, RunKeeper, 321Run and MotionX apps which are now obtainable from the Apple App Store. More such software options are expected to surface by next year. Users also have the option to get their hands on the Wahoo armband which not also protects the iPhone 4S, but also allows full touchscreen access.

The Wahoo Fitness Blue HR price tag reads $79.99 and it is expected to hit store shelves in January 2012.