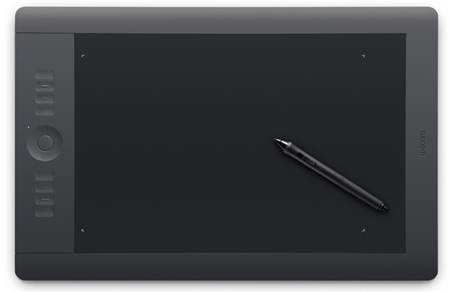 The Wacom Intuos5 tablet lineup now makes its way across the scene, bringing along some interesting features for tech enthusiasts out there. Targeted at professionals, this latest range from the company includes small, medium and large variants of the slate, which feature multi-touch capabilities and facilitate the use of the Intuos5 Grip Pen. Additionally, there is also a pen-only version of the Intuos5 tab available only in the medium variety.

Each slate is draped in a matte-black hue and comes complete with a soft-touch finish as well as illuminated accents to lend it a contemporary look. Users can configure hand-controls on the tablet to smooth out the workflow and enhance productivity. For this very reason, the small tab features six customizable ExpressKeys, while the medium and large slabs flaunt eight of those keys. The gadgets also boast of a Touch Ring that comes with four-function toggle.

“The multi-touch interface in the Intuos5 is Wacom’s most elegant implementation of gesture support to date,” states Guido Moller, product manager professional brands of Wacom Europe. “Switching from pen to touch or to gesture based navigation is a liberating experience, allowing one to reduce repetitive motion and interact more naturally with the computer.” 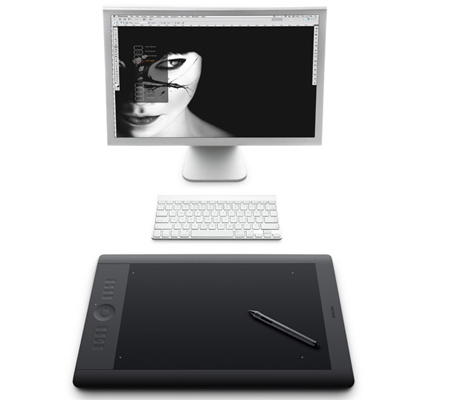 The ExpressKey and the Touch Ring bring commonly used shortcuts right to the user’s fingertips to eliminate the need of relying on the mouse or the keyboard for getting work done. Furthermore, each version features a Heads-Up Display dubbed as the Express View wherein, application-specific ExpressKey settings can be viewed. Alternately, to transform the offerings into wireless tablets, users will be required to install the Wireless Accessory kit which can be purchased online from the company’s official web store.