The Vodafone Smart series has a new member, the 4G smartphone, which has gone official for Europe. The device is apparently the first in the range to support LTE connectivity. And like its predecessors, the handset will be a very affordable choice.

The guys over at Unwired View highlight that the Vodafone Smart 4G is being manufactured by Chinese OEM Coolpad. The device is also the first in the lineup for carry a large screen which measures 4.5 inches wide. The panel is of IPS type and it proffers visuals in qHD resolution. The overall design is quite stylist for a budget-friendly handset. There are no hardware buttons on the front like in the previous release. 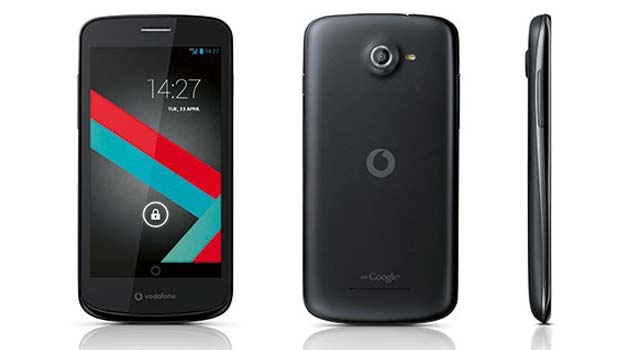 The Vodafone Smart 4G comes with Android 4.2 Jelly Bean and it’s powered by a Qualcomm MSM8930 processor which is a dual core chipset clocked at 1.2GHz. The smartphone deliver 1GB of RAM and 8GB of internal storage, out of which only 6GB is accessible. On the bright side, there’s a microSD card slot onboard. Along with 4G LTE support, the handset also features Wi-Fi a/b/g/n, Bluetooth 4.0, GPS and NFC which is optional.

There’s no sign of a front-facing camera on the Vodafone Smart 4G, but a rear 8MP snapper will be available with LED flash for capturing images and videos. Powering up the phone is an 1880mAh battery. The handset tips the scales at 153 grams and it measures 134mm x 67.1mm x 10.25mm.

Unwired View points out that the Vodafone Smart 4G is currently available in Spain for free on contract or €200 unlocked. The device should also go official for other locations such as the UK, Italy and Greece in the future.