After EE, it is Vodafone who will be bringing 4G network to the UK for allowing users in the country to experience faster web browsing speeds. The carrier has announced that its Red 4G-ready plans will be available from August 12 and the network itself will be rolled out in London on August 29, that’s exactly three weeks from now.

Vodafone has also revealed that after London, its newest offering will be introduced in various other cities across the country including Edinburgh, Leeds, Glasgow, Bradford, Birmingham, Liverpool, Leicester, Newcastle, Manchester, Coventry, Sheffield, Nottingham and Newcastle before the end of 2013. And that’s certainly not all. The service provider has joined hands with Spotify and Sky Sports Mobile TV for complimentary services to those who opt for one of the 4G-ready plans. It has announced via the official Social blog that users can choose between Spotify Premium and Sky Sports to get free subscription for any one of the two services for a period of two years. And this offer is valid on all the newly formulated plans. 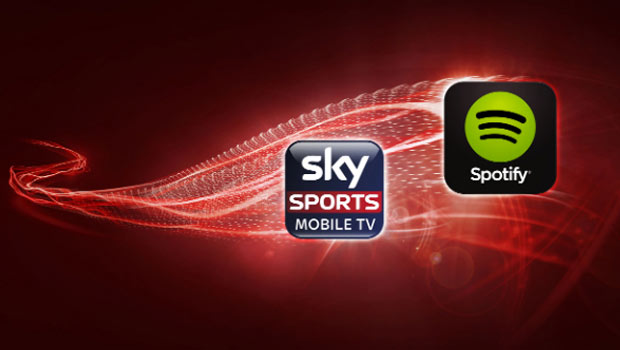 Speaking of plans, those who are already using a Vodafone Red monthly scheme can upgrade to a 4G one to get double the amount of data, premium access to one of the two aforementioned services and of course, 4G network speed for only £5 more than their current monthly amount. And Vodafone will not even ask you to sign a new contract to do so.

There are three new plans called Vodafone Red 4G, 4G L and 4G XL to choose from. The network provider is also giving its subscribers a chance to find out how much data they need through its Data Test Drive feature. And what’s more, it has SIM-only deals starting at £26 per month for those who own a 4G-ready smartphone. If you are planning to upgrade to a device that is compatible with the said network, you can lay your hands on one with a two-year contract and plans starting at £34 per month.

As we already said, Vodafone UK 4G network will be available in London from August 29.