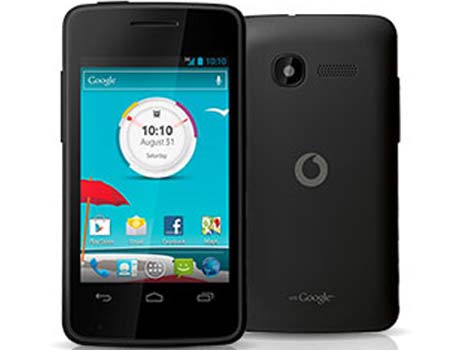 As the Vodafone Smart Mini enters the carrier’s Pay as you go plan catalog, we come face-to-face with a smartphone designed for users in the UK who aren’t really keen on spending every last penny in their pockets. For those who think that low-budget devices equal minimal performance, Vodafone has changed certain ground rules by pre-loading this affordable handset with the 4.1 version of Android Jelly Bean.

Before we jump to the specifications of the Vodafone Smart Mini, let’s talk about some of the pre-installed applications. For one, the service provider has integrated Facebook into the phone which leaps out of the box with Twitter. This may be an attribute quite common to the masses, but the fact that the gadget also offers Dropbox integration might speak in its favor. 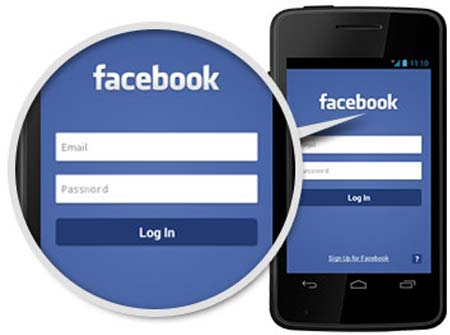 The Vodafone Smart Mini has a 3.5-inch touch display which bags a resolution of 320 x 480 pixels. On the device’s flip side is a 2MP camera that is the only source for capturing images and recording videos. The gadget’s dimensions of 115mm x 62.3mm x 12.2mm succeed in concealing a single core processor scaling up to 1GHz.

Nothing has been said concerning the inbuilt battery’s capacity, but we do know that 2G users will be able to take pleasure in 13 hours of talk time, while those on 3G will be rendered with 7 hours of the same. With respect to standby, the Vodafone Smart Mini should run for 500 hours or 300 hours on 2G or 3G, respectively. 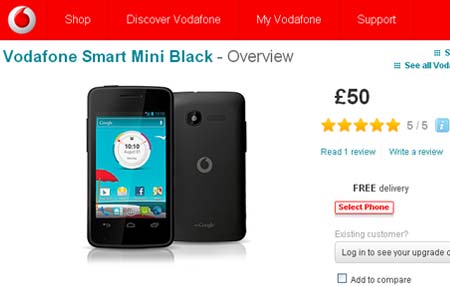 Along with smearing the Vodafone Smart Mini with a price of £50, the service provider has offered Freebees on Pay as you go, with which users can get free calls, messages and Internet usage whenever they top up the device. As an introductory scheme, it has authorized free data consumption for a month, provided the handset is purchased before July 31. 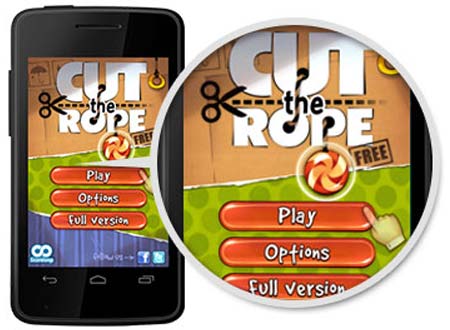 Let’s take a note of the gadget’s key specifications at a glance: