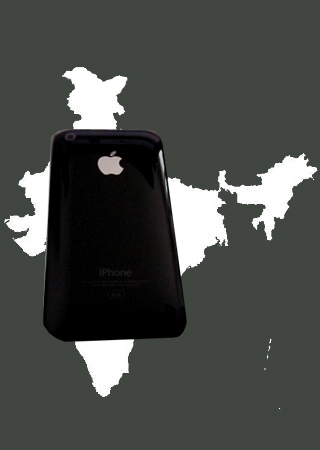 Indians waiting for the 3G iPhone since long, here is the opportunity to the grab Apple’s third-generation touch phone as soon as it ships in India. Vodafone phone is offering pre-registering of the Apple’s 3G iPhone.

While there is no official announcement made by the company, the mobile phone service provider advertised the offer on its official website and in a leading newspaper.

Regarding the 3G connectivity in the country, the Indian government has not yet issued guidelines and directives for auctioning of the 3G telephony in India. One of the many issues that are hindering the government from taking the final decision is that whether the foreign companies are permitted to bid for the 3G license. The current telephony scenario in India cannot support 3G networks.

Bharti Airtel will be bringing the iPhone to India and it is also reported that the pre-registering offer has been started by Airtel as well, though there are no announcements made from its side. It is apparent that both, Vodafone and Airtel are waiting for Indian government to finalise the matters.

Both the companies’ officials are not ready to confirm the news, although Vodafone has in a manner revealed its pre-registering plans and its marketing strategy by the advertisements.

The availability of iPhone in India has also not been revealed either by Vodafone or by Airtel. The iPhone is speculated to be available by the end of 2008 in India.